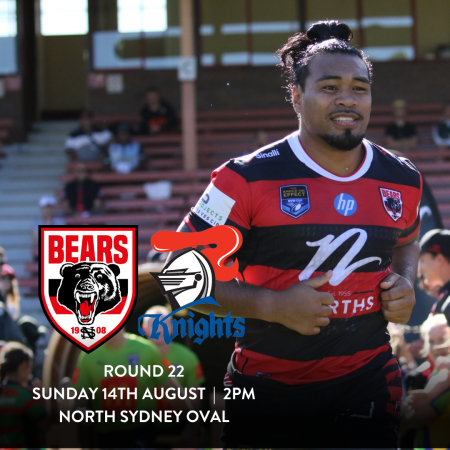 What a day we had for our big return to Bear Park on Sunday. The sun was shining, the sausages were sizzling, the kids were laughing and the Bears were on fire! With over 1600 spectators at the ground to cheer on the Red & Black, the boys brought the heat with a great spectacle of footy ending in a glorious win over the Bulldogs. Although Bulldogs made an early grab for points within the first few minutes of the game, Bears retaliated and keep them to 4 for the whole first half. Tom Carr got the Bears on the board with his first of three tries for the game after some nice attacking play that pushed the ball up the field.
END_OF_DOCUMENT_TOKEN_TO_BE_REPLACED
https://www.northsydneybears.com.au/web/wp-content/uploads/2022/07/Web-Banner-Game-Day-Announce-Instagram-Post-8.png 1080 1080 Bears Admin https://www.northsydneybears.com.au/web/wp-content/uploads/2021/10/bears-2.png Bears Admin2022-08-09 17:32:012022-08-09 17:32:01TEAM LIST TUESDAY: 9th August 2022 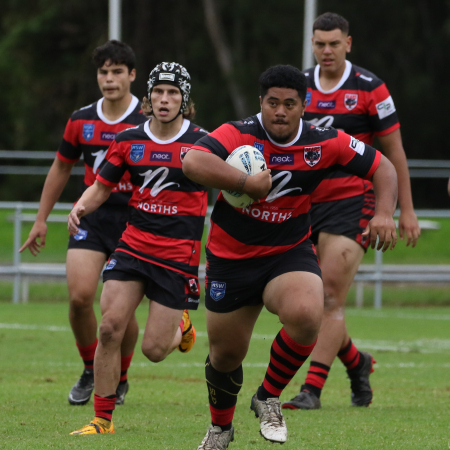 All Bears Members receive a 10% discount on our merchandise range and all sales directly contribute to supporting our players, teams, and the club.