Another great win under the belt for our Knock On Effect NSW Cup team last Friday night as they defeated the Rabbitohs. The team played a flawless first 40 minutes maintaining intensity and creating some dynamic plays. Tom Carr nabbed another double, Renouf Atoni and Ronald Volkman got their first points on the table for the season and Adam Keighran neatly converted all four tries taking the team to the sheds at half time leading 24 – 6.

However, the second half was a completely different story, and a number of drop balls and forced errors put the Bears on the backfoot as the Bunnies retaliated running in two quick converted tries. Our boys managed to regroup, hold on and stop the attack, keeping the Bunnies scoreless for the last 25 minutes of the game. Final score was 24 – 16 and the Bears moved up into 5th place on the ladder.

This Sunday is the first match of the Jason Taylor Cup where we take on Western Suburbs Magpies at Lidcombe Oval kicking off at 3.30pm. the cup was won by the Magpies last year and we are gunning to take back the silverware. Check out Jason Taylor’s team for this weekend below.

This Saturday all three Junior Reps teams play at Hills Grammar against the Canberra Raiders for Round 8. Check out the named teams below. 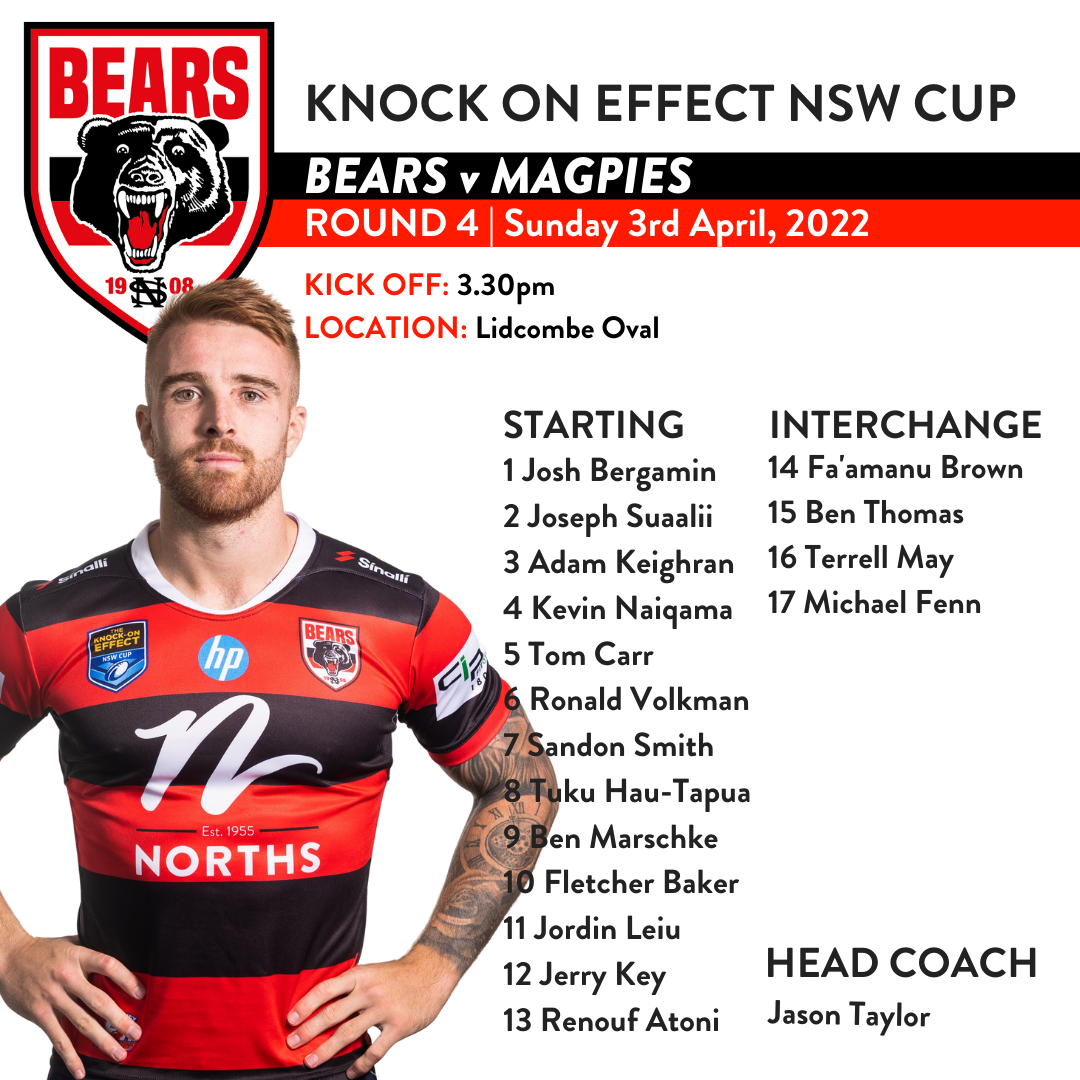 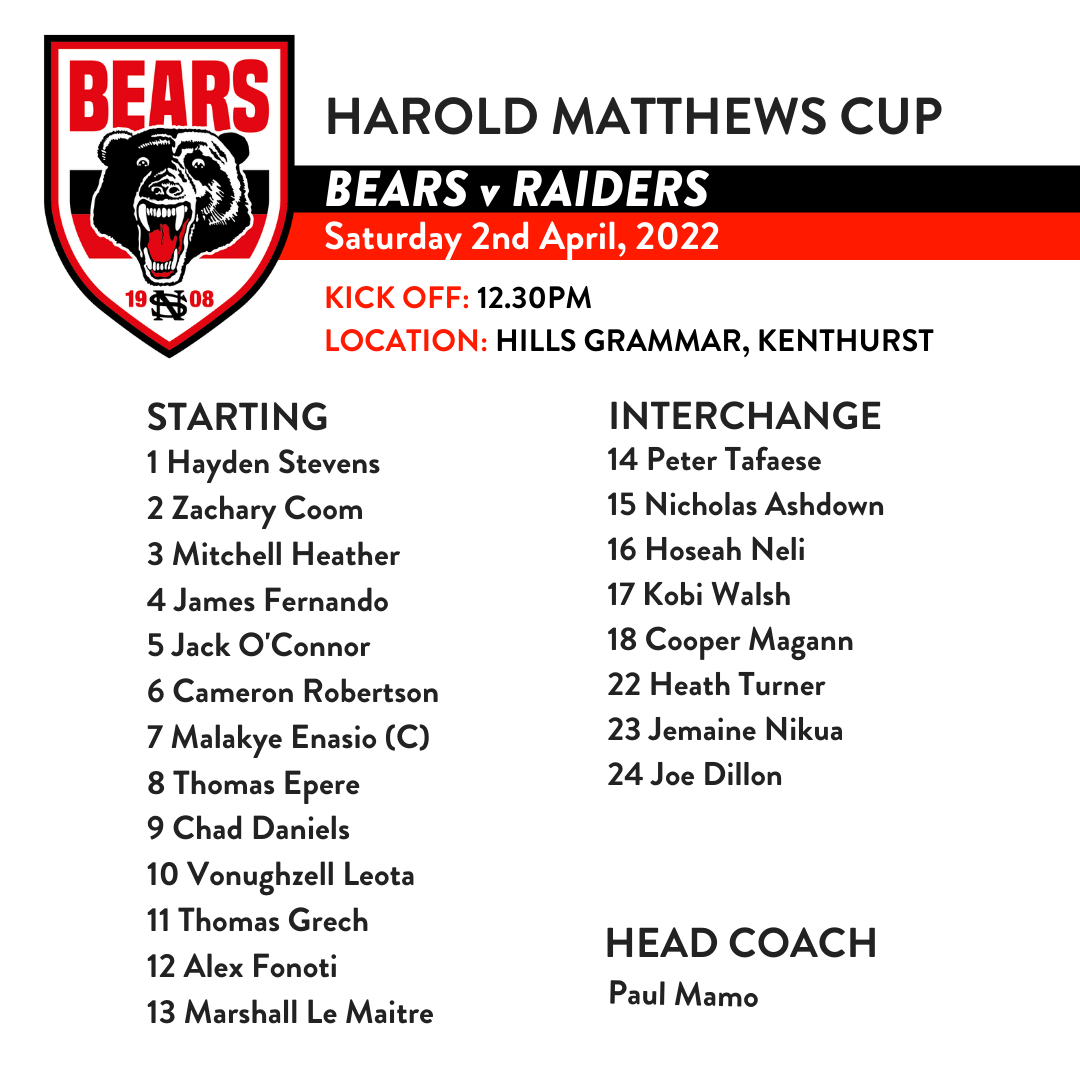 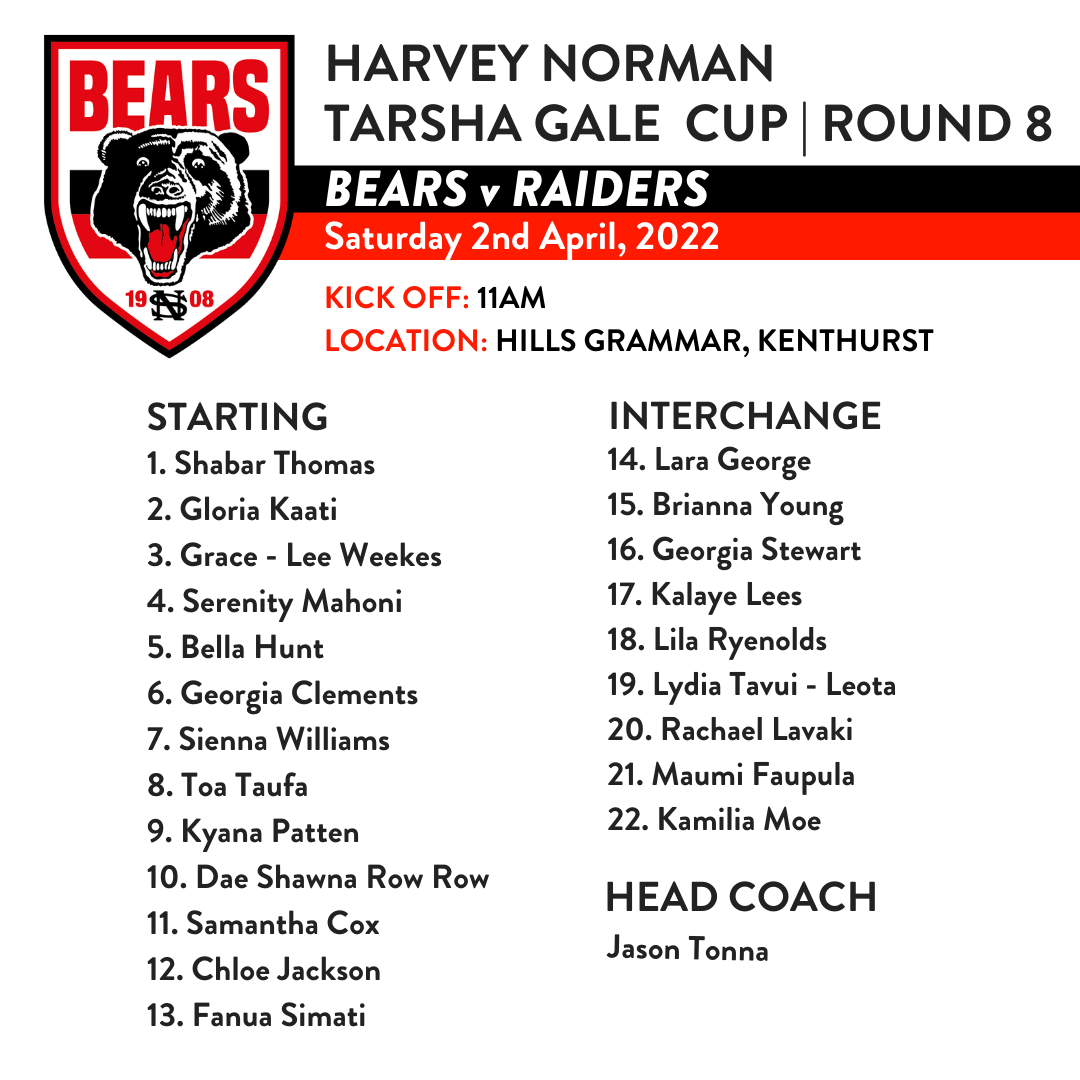