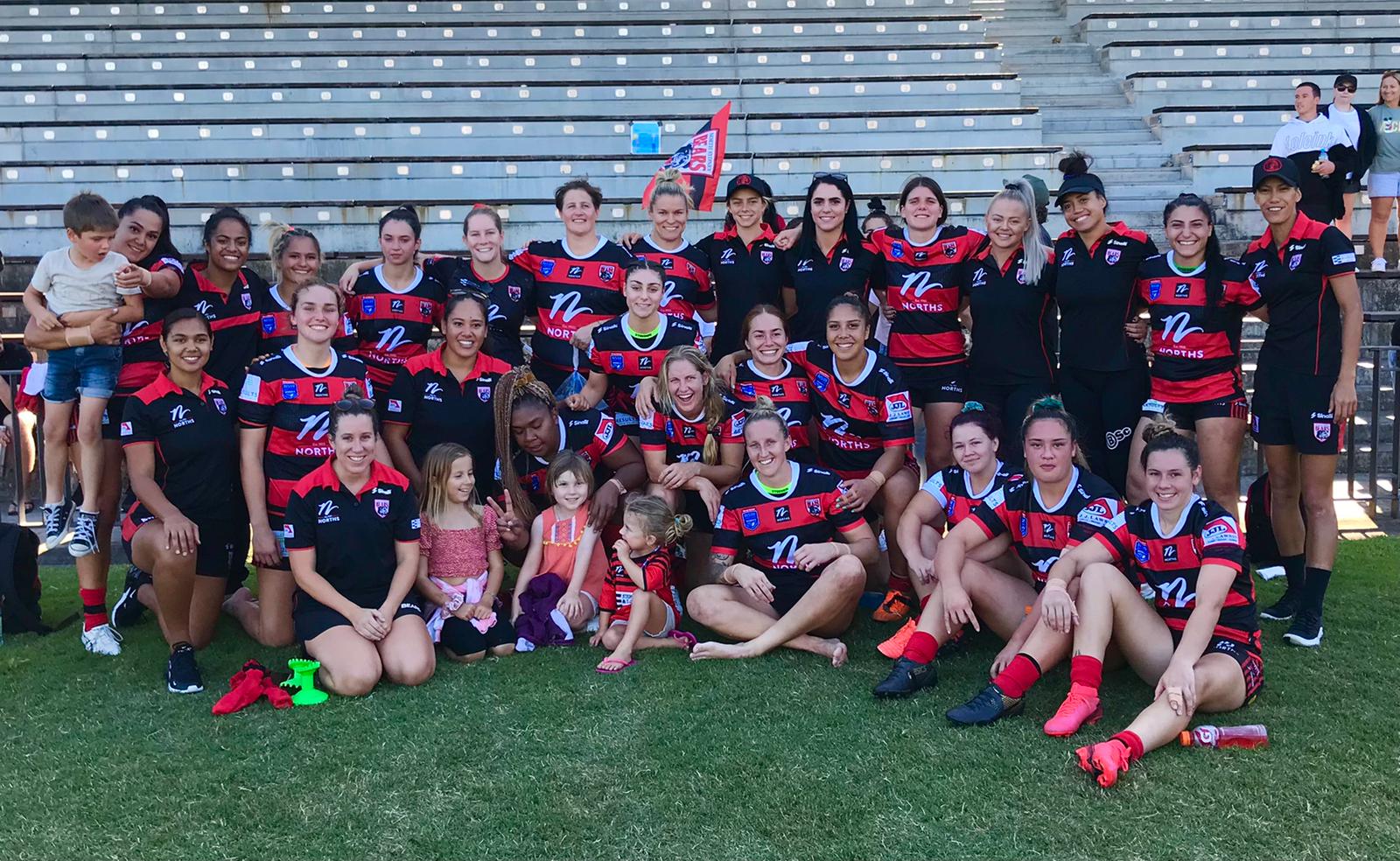 This season has been a constant battle for our Harvey Norman Women’s team as they have struggled with endless injuries and haven’t been able to really find their feet in a strong competition. Last Saturday was the last game of the regular seen in the women’s comp and after 70 minutes of play came down to one field goal to decide the fate of our team. The girls went up against St Mary’s on their home ground and the first half was very much a game of attack and respond with each try counteracted by the opposition. Nita Maynard nabbed the first points for the Bears and Kirra Dibb converted. Tyra Boysen was next over followed by Leti Sagano and the Bears were looking good. A late try right before the halftime whistle by Pier Pritchard saw the girls head to the sheds up 20 points to 12.

St Mary’s came out pumping and busted across to take the first points of the second half only one minute after kick-off. Bears again quickly countered with Ngalika Barker adding four points to our score and the score remained static at 24 – 18 for the next twenty minutes as both sides fought for the win. In the last five minutes of the game St Marys found a Bears weakness and not only ran across the try line but also converted to equalise the scores at 24 all. The pressure was on but St Mary’s got themselves in position to crack a field goal from 30 metres out and nailed it to take the win in the last minute of the game.

After the game, our women’s future rested on a for and against battle that required the Cronulla Sharks to win by more than 14 points. Unfortunately, the Sharks lost to Helensburgh Tigers and in doing so ended the 2021 season for the Bears. The team and club are understandably disappointed in this result but we congratulate the players and coaching staff on a good season, albeit fraught with injuries. preparations are already underway for a bigger and brighter 2022 season for the Bears women’s team.

We would like to wish the girls that are going on to play in the Women’s State of Origin this Friday night the best of luck. Congratulations to Holli Wheeler and Renee Targett on their selection for the NSWRL Blues side and to Shannon Mato who has been selected to play for the Maroons. We cant wait to watch you all take to the field on Friday night!

And lastly, good luck to the many Bears players who will now go on to play in the NRLW competition. We will be cheering from the sidelines and look forward to welcoming you back into the Bears squad when pre-season training begins later this year.