WELCOME TO OUR NEWEST LIFE MEMBERS

At our 2021 AGM held last night at Norths Cammeray, it was with great pleasure that John Gray and Martin Lawson were voted in as the newest Life Members of the North Sydney District Rugby League Football Club 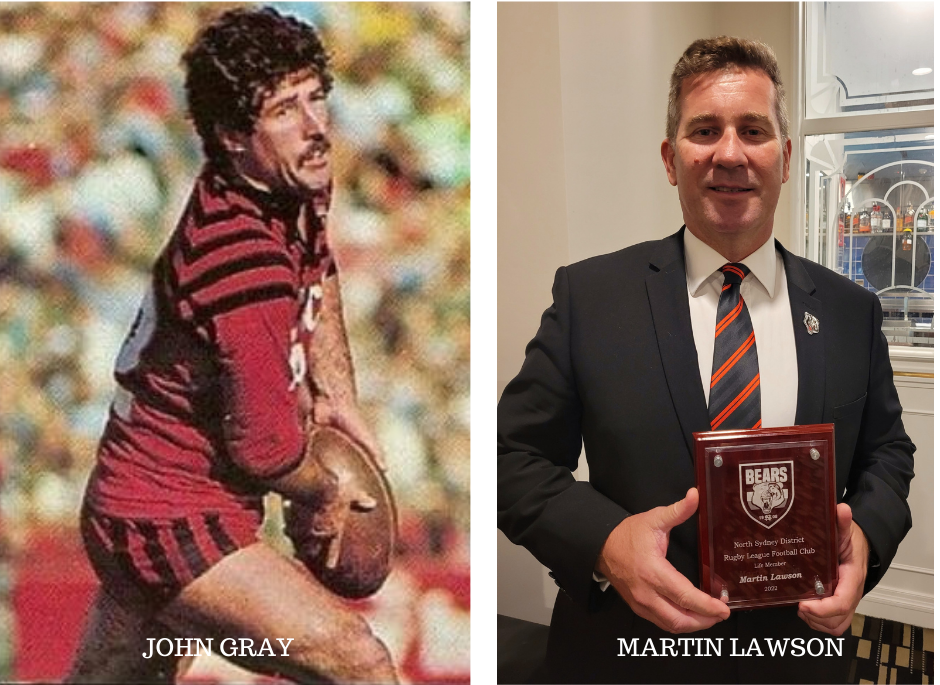 John Gray played for the North Sydney Bears from 1975 – 1977, and then again from 1981 – 1983, making 88 appearances in the Red & Black with 463 points. In 2006 he was named in the Bears Team of the Century. “As good as he was on the football field, he is also a great person off it. he has no overinflated ego and was liked and admired by all, no matter what grade you played” said old Bear Don McKinnon. After his playing career came to an end, John’s interest and love for the Bears continued and he served on the board of the football club during the successes of the nineties.

Martin Lawson was born in “enemy territory” in Manly and yet was destined to follow the Bears from birth with father Jim Lawson, a NSDRLFC Life Member and long time supporter of the club. Marty was raised Red & Black and loved his family trips to North Sydney Oval to watch the Bears play on a Sunday afternoon. His dedication to the Bears lead him to become a valuable member of the football club board and his undying support has been an integral part of the Bears survival, the Club’s ongoing success and it’s future potential.