Food & Drinks
Food & drinks are available from the kiosk located adjacent to the Fig Tree at the Northern end. Alcohol is usually sold from the lower floor of the Mollie Dive Stand at the Northern end. Income from beverage sales do not go to the Football Club. Please be aware that North Sydney oval is a fully licensed venue – no glass or alcohol is permitted.

Playing Field Access
One of the most popular things to do on game day is to run out onto the field at half-time and after the match. The public is welcome on to the Oval to kick a ball around or shoot for a goal. However, the ground must be vacated when the players run out for the second half.

Merchandise
A merchandise stand located at the top of the main stairs will be at each home match with the full array of Bears gear for all ages. Income from these sales goes directly to the Football Club.

Parking
There is limited on-street parking. However a council car park is located in Ridge Street and is free to use on weekends. For more information refer to the North Sydney Council website.

Trains
North Sydney Railway Station is a 1.1 km or 18-minute walk to the Oval. Sydney Trains run to a regular weekend timetable. For timetable and up-to-date information on trackwork and replacement services, please go to the NSW transport information website.

Ferries
Sydney Ferries operate from Circular Quay to North Sydney Wharf. A 1.1 km or 18-minute walk from the Wharf will allow a bus trip to the Oval. For more information, please go to the NSW transport information website.

Maps were disabled by the visitor on this site. Click to open the map in a new window. 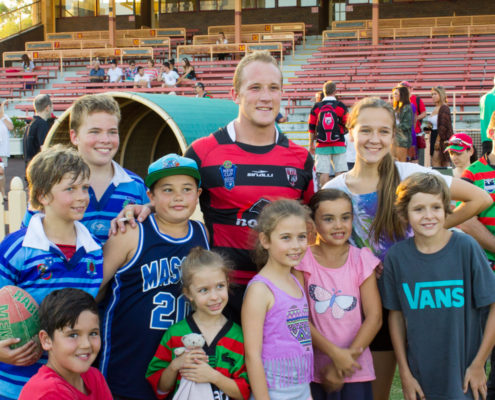 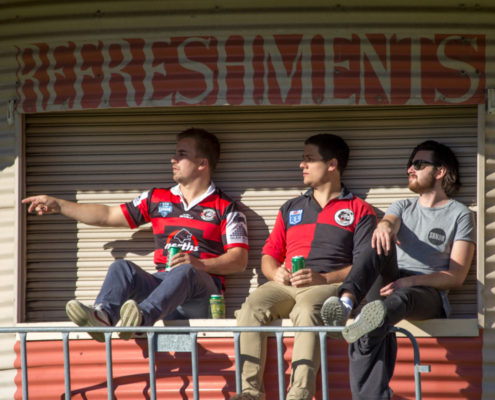 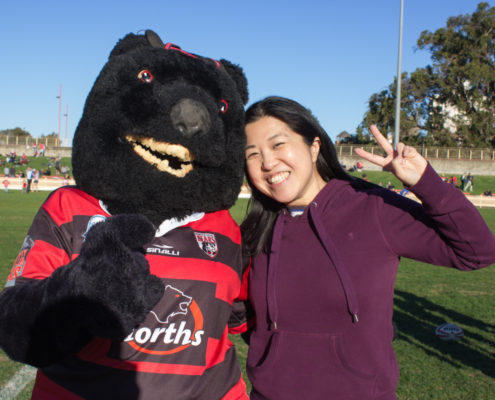 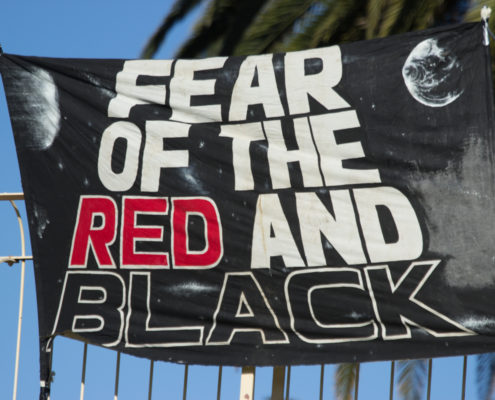 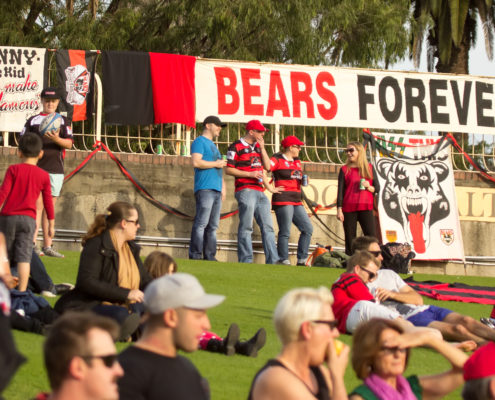 North Sydney Oval is located in the south-west corner of St Leonards Park at the intersection of Miller and Ridge Streets.

It’s first use was for cricket when the first pitch was laid on 6 December 1867, making it one of the oldest cricket grounds in Australia.

The first structure built in 1879 was a simple pavilion overlooking the cricket ground. This was replaced by another pavilion which in turn was replaced by the Duncan Thompson Stand in 1929 (named after the Rugby League Australian Rep and 1921-22 premiership winning captain of the North Sydney). At the time it was the largest suburban grandstand in the State.

The Oval had its first major renovation in 1931, with Alderman Blue claiming that the pitch was ‘like concrete’ and serious injury, even death could occur if something wasn’t done!

The ground still bore the ‘concrete’ tag until the late 1980s when drainage and irrigation systems were installed, and the pitch was re-laid. In 2016 the issues were finally resolved by making the cricket pitch removable so that it could be relocated to the western sidelines completely away from the rugby league field. The pitch will then be relocated back to the middle for the 2017 cricket season.