It was a day of mixed emotions for the Bears last Saturday at Leichhardt Oval. Our women’s team beat the Cronulla Sharks and secured their spot in the 2020 Harvey Norman Women’s Premiership Grand Final to be played this Sunday at Bankwest Stadium against the Central Coast Roosters. This is an amazing achievement from a program that was only established at the Bears in 2018. The women’s team has developed so much this season and deserves this chance at the big dance this weekend. North Sydney Bears CEO, David Perry, says he “could not be prouder of the success the Bear’s women’s team have achieved this year and shows the commitment to the growth of the women’s game by the North Sydney Bears”. Bring it home girls!

North Sydney Bears vs Central Coast Roosters
Bankwest Stadium | Sunday 27th September
Kick Off 1.15pm
Tickets are limited and must be purchased on the below link
GET YOUR TICKETS

NSWRL LIVE STREAM
The Harvey Norman Women’s Premiership game will be Live Streamed by NSWRL on their Facebook page. 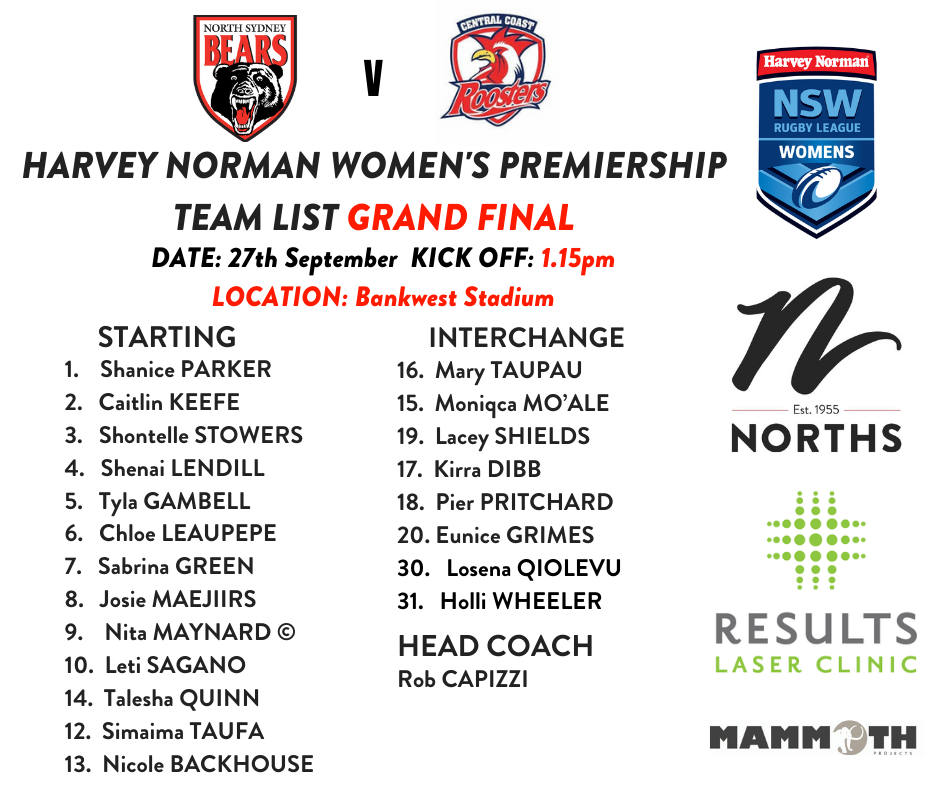