The North Sydney Bears has used the learnings from the unforeseen challenges of 2020 to lay the foundation for a stronger future. This year, as a club, we have overhauled all areas of operation, management and finances and are set for a successful season ahead. Joining the Bears on this journey are two new board members, media personality James Bracey, Channel Nine, and international business leader Michael Chetner, Zoom. 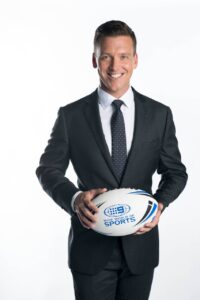 James Bracey, known as Bears Number 1 Ticket Holder, has been a part of this great club since birth as he, and his siblings, followed in their father’s footsteps to bleed red and black. As Bracey says “Once a Bear, always a Bear” and now he has been given the opportunity to use not only his passion but his fifteen years in sports media to make a real difference to the North Sydney Bears. “My job ensures my finger is always on the pulse of the current state of rugby league in Australia” stated Bracey which is invaluable knowledge and information as the club works to solidify the future of the Bears brand. Find out more about James Bracey HERE 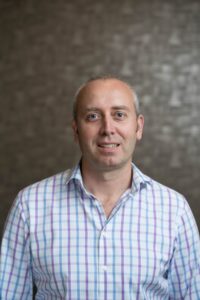 Michael Chetner is a born and bred North Sydney district local boy who has travelled far and wide, worked his way to the top of numerous tech companies, and now leads the Asia Pacific team of communications giant, Zoom, from right here on Sydney’s north shore. Chetner’s proven business acumen is a fantastic addition to the Bears Board of Management and opens up the club’s access to new channels of influence, financial sources and technology resources. Like many Bears Members and Fans, Chetner found it disappointing “that a league heartland like Sydney did not have a team at the top level covering a big part of Sydney, north of the Harbour Bridge” which led him to reignite his relationship to support business events with the Bears in 2018. Chetner’s focus in his position on the board is for “the club to be a leader in adopting and using technology to increase engagement and access to the club” which will draw in more fans, members, and sponsors.

Bracey and Chetner begin their roles as North Sydney Bears Board Directors effective immediately and, together, we look forward to taking the Bears to the next level. Find out more about Michael Chetner HERE