New Head of Recruitment at the North Sydney Bears

The North Sydney Bears are pleased to announce Pat Weisner as our new Head of Recruitment & Canterbury Cup Assistant Coach. 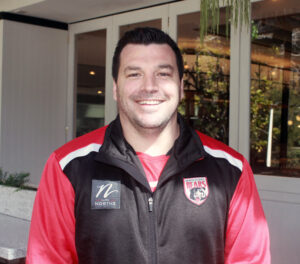 “It is a real honour to be the Head of Recruitment for the North Sydney Bears Canterbury Cup, Harvey Norman Women’s Premiership and Junior Representative teams and I’m determined to help the club succeed in 2021 and beyond” stated Pat.

Pat has a long history in rugby league, as both a player and coach, and brings a wealth of knowledge and experience to the role. “I’ve had a connection with the Bears Canterbury Cup players and coaching staff for the past three seasons as Head Coach of the Asquith Magpies and I’m excited to now take on an official role with the Bears in 2021″ stated Pat.

The role is important to the success of the Bears in 2021. “I’m really looking forward to assisting Head Coach Jason Taylor and working with quality players from both the Bears Canterbury Cup and Roosters NRL squads” quoted Pat.

Welcome to the Bears!