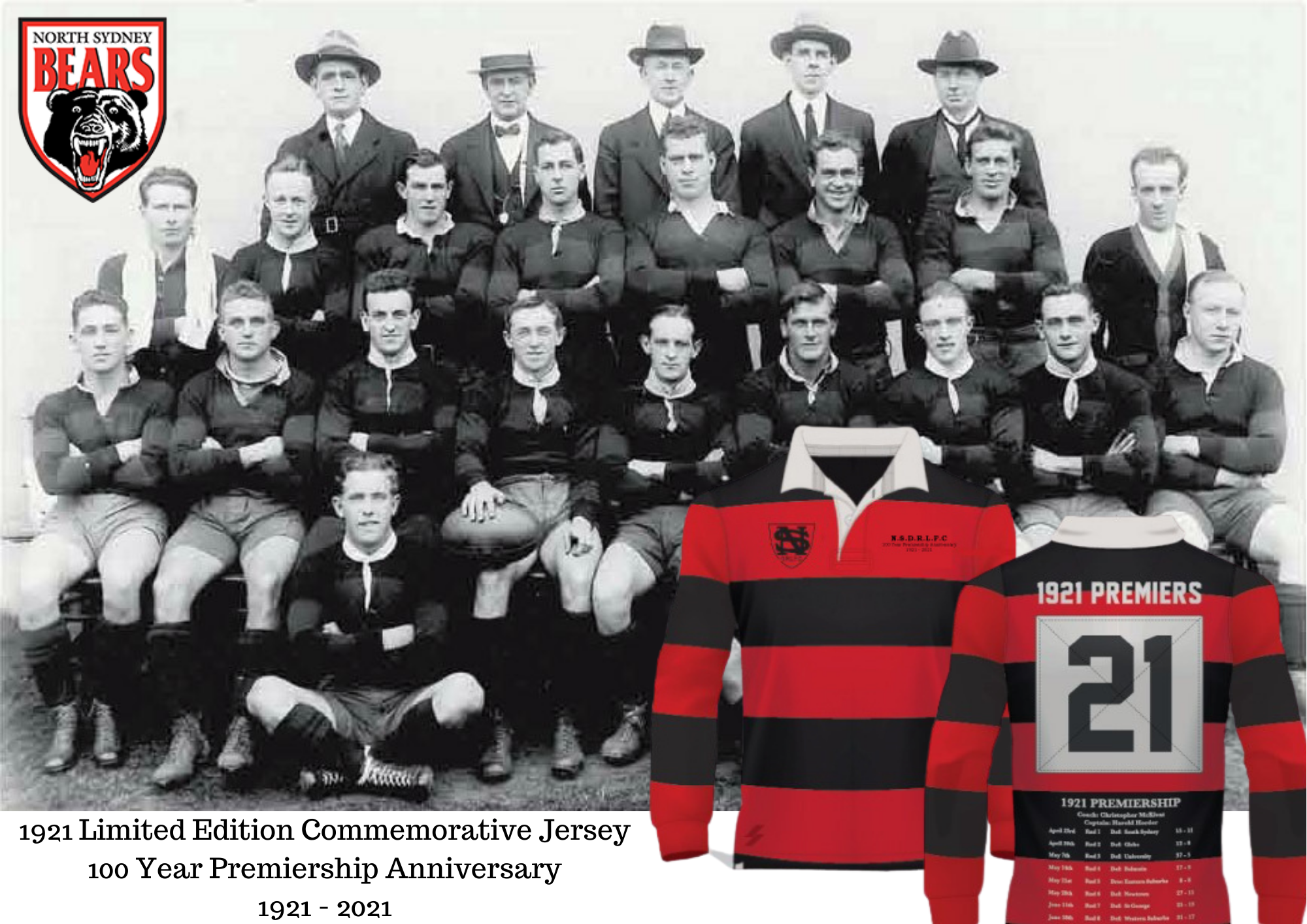 Our coach is Christopher McKivat and our team are lead by the “wonder winger” Harold Horder who is not only one of the Bears greats but also an inductee of both the Australian and International Rugby League Hall of Fame. The competition was played across eight rounds in which North Sydney won 7 and drew 1 to claim the prized position of 1921 Premiers. A glorious year for this mighty club, our first premiership!

2021 marks the 100 year anniversary of this historic moment and to commemorate the occasion we are releasing a Limited Edition Jersey. The jersey comes in a classic rugby knit with canvas collar, chest embroidery, boxed number on the rear, and all jerseys are individually numbered under the collar. The jersey can be customised to include NSDRLFC Heritage Logo on the chest, Match Details, and “1921 Premiers” print on the rear of the jersey.

Plus every jersey is presented in a beautiful Bears box with a complimentary A5 1921 team print and certificate of authenticity.

Pre-order your limited edition jersey now for delivery early in the new year.

Would you like to give one as a gift this Christmas? As these gorgeous garments will not arrive in time for Christmas, we are offering a 1921 Limited Edition Jersey Gift Certificate that you can print off and give with the garment to follow in the new year. Simply type CHRISTMAS GIFT in the comments section of checkout and we will email the certificate through. 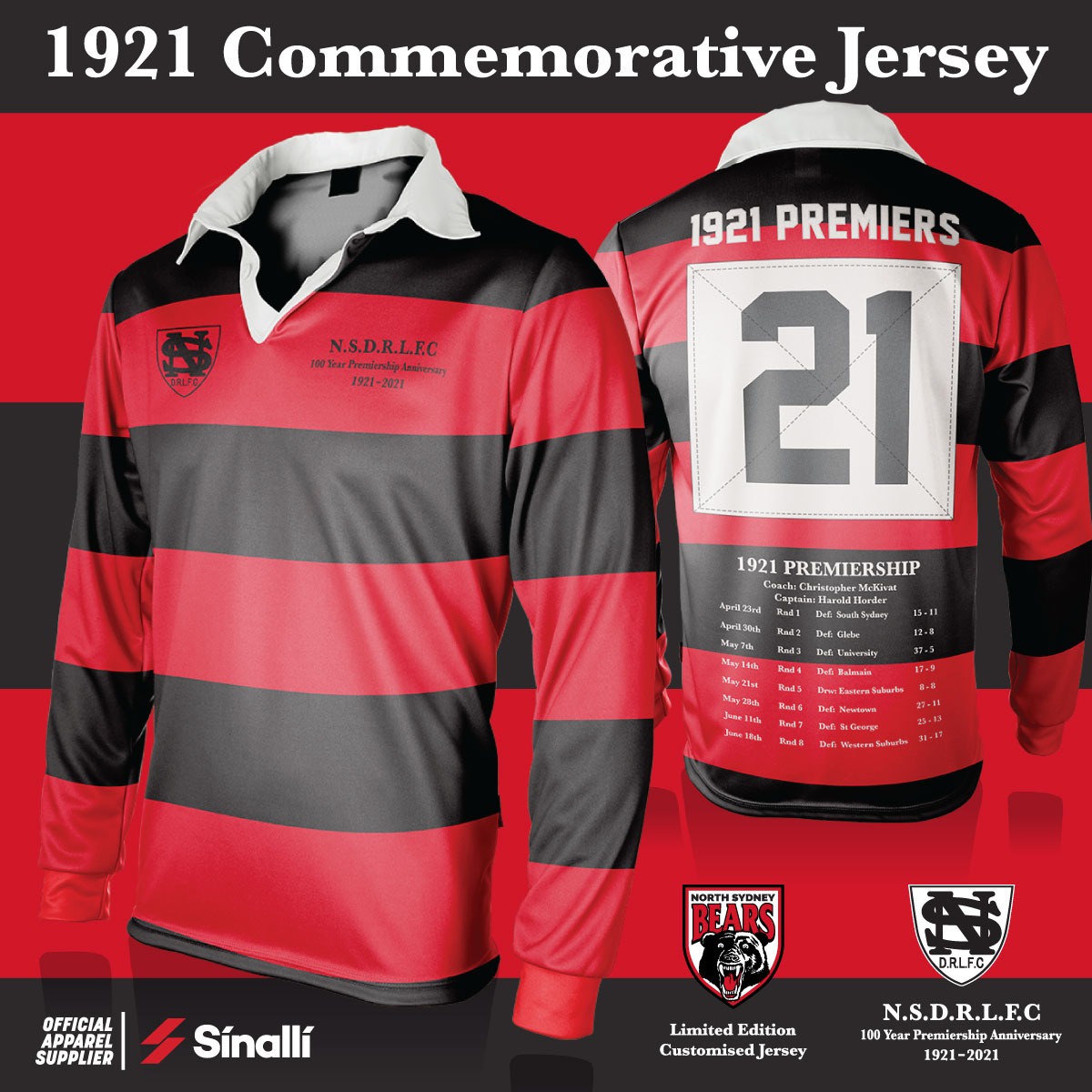