Last Sunday we kicked off our 2022 NSW Cup season with a win, defeating the Knights 36 – 24 in Cessnock. Being round 1, both teams took some time to find their feet and the lack of trial game practice prior to the comp starting was evident. Nonetheless, the Bears took an early lead with our first try scorer for the season being Tom Carr, fresh from pre-season with the Sydney Roosters, and Adam Keighran converted. Vuate Karawalevu and Naufahu Whyte were next in for the Bears just prior to the 30 minute mark and with a beautiful side line conversion by Keighran the Bears were up 18 – 0. With only 12 players on the paddock for the last 10 minutes of the first half, following a Bears sin bin for player holding by Sandon Smith, the Knights retaliated with two converted tries and the score was tightened to 18 – 12 at the half time hooter.

While the spectators enjoyed the beautiful local ground set in wine country, Jason Taylor worked to refocus the team. However, a lack in concentration from the red & black saw the Knights take the first points of the second half and even the score. Our boys remained level headed and Carr found his pace to nab his second try of the game. Both sides held defensively for the next 15 minutes until the Red & Blue broke the line and again leveled the score at 24 – 24. Breaths were held as the players tussled on field desperate to be the next team across the white line. The mighty Red & Black pulled through and Whyte took a flying leap to bring our boys ahead. Quickly followed in by Tukupa Hau Tapuha in the 77th minute to clinch the win for the Bears and all six tries were neatly converted. 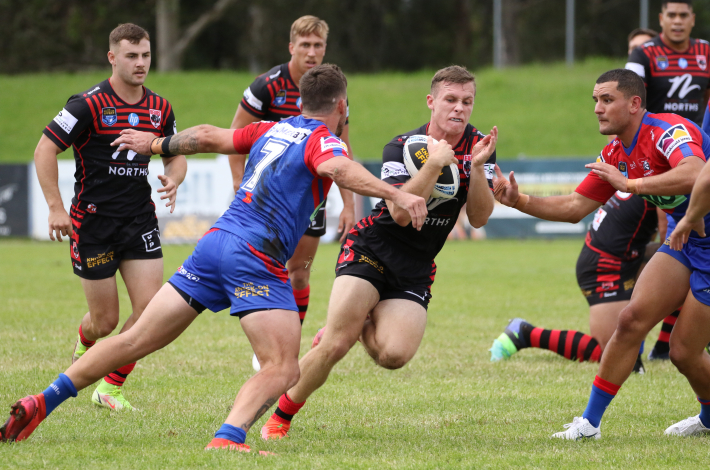 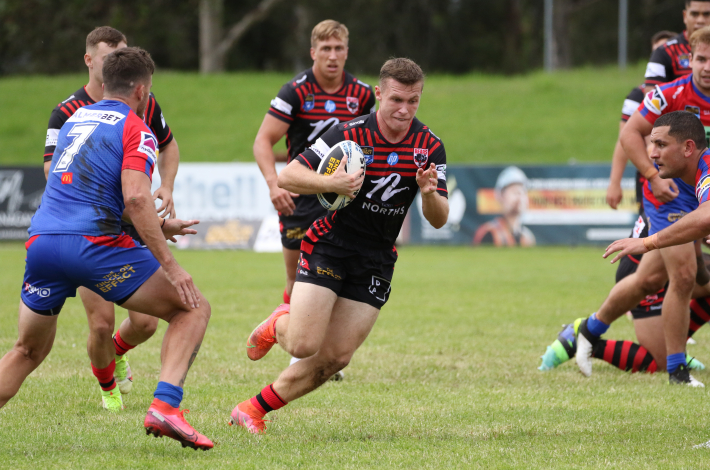 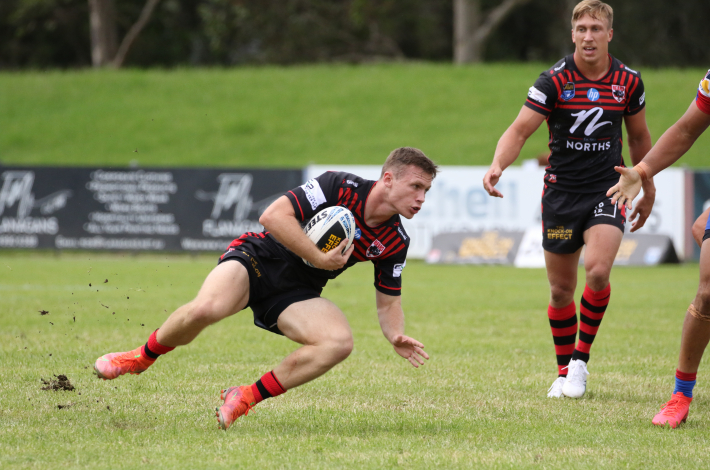 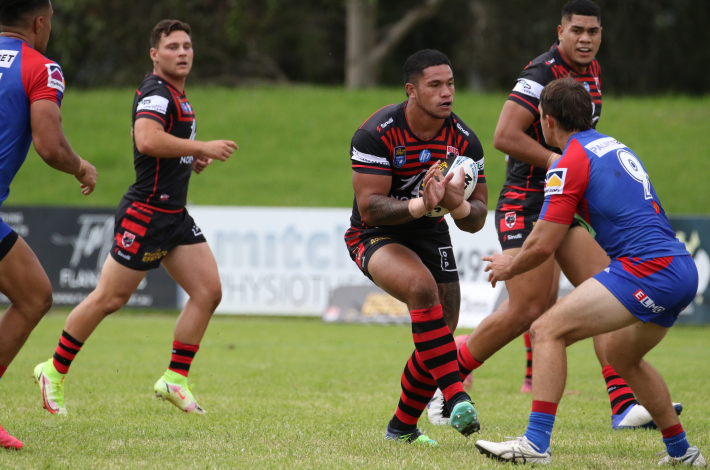 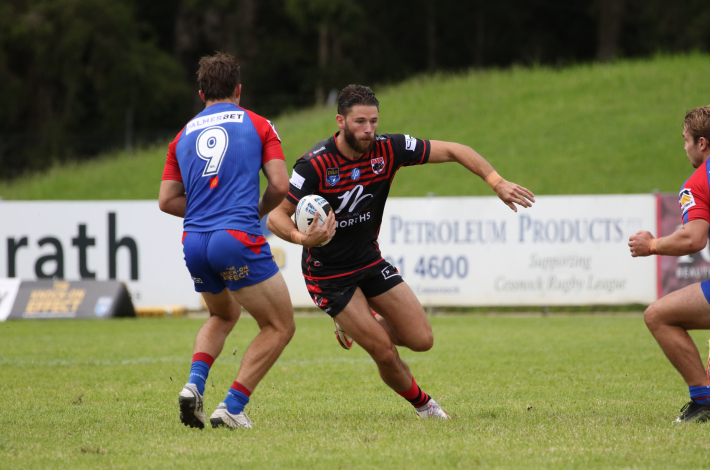 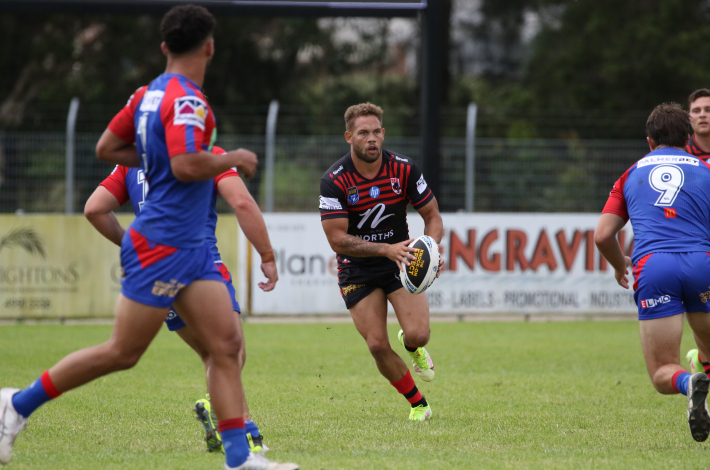 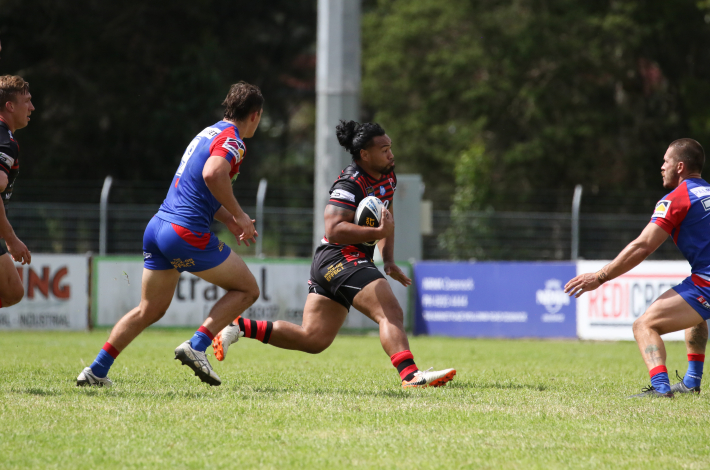 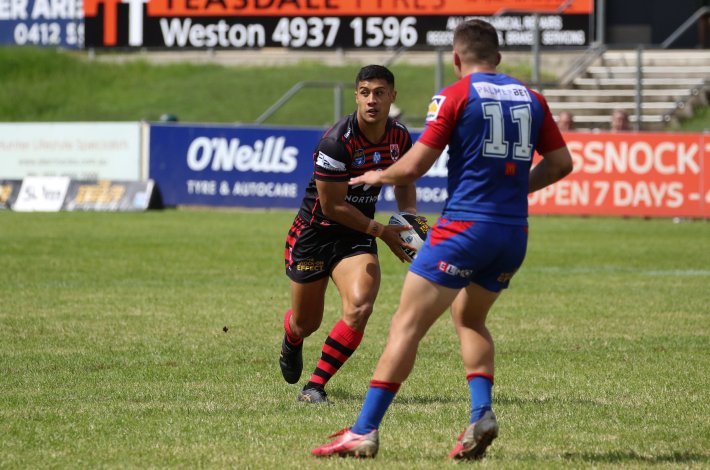 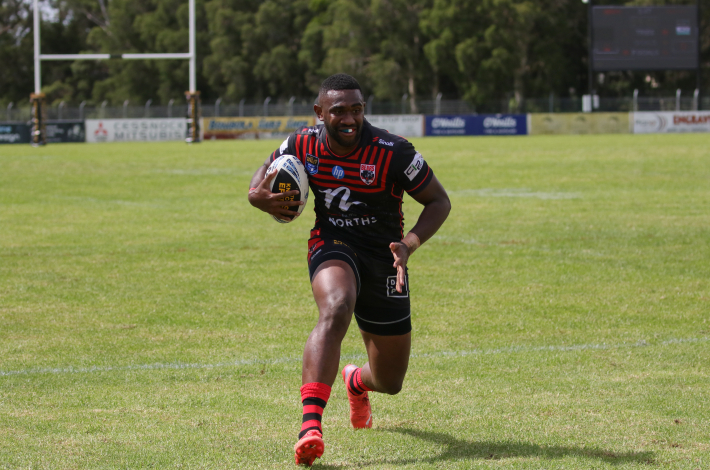 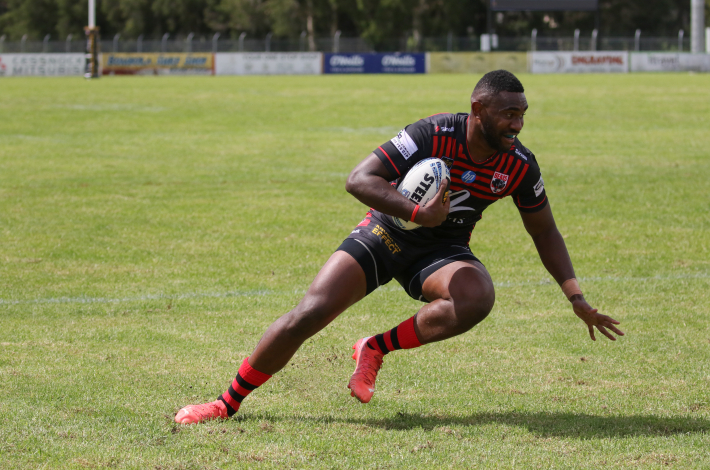 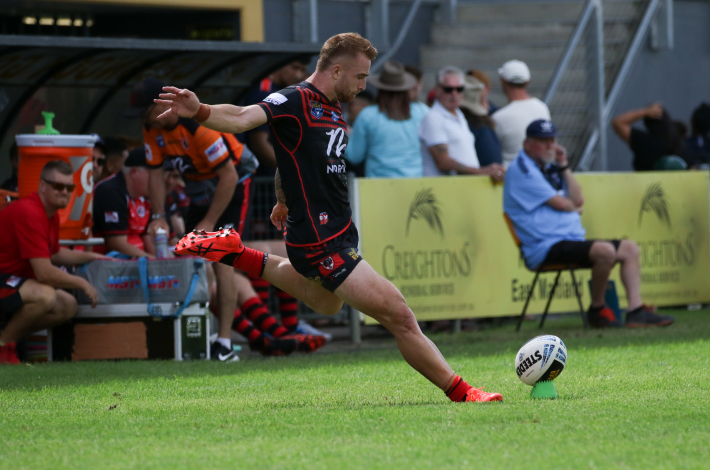