Another gorgeous day at North Sydney Oval last Sunday and the Bears walked away with one win and one loss. Our NSW Cup team displayed immense skill as they defeated the Canberra Raiders 34 – 12. Tom Carr had a cracker of a game nabbing the first try of the game and then going on to claim the trifecta. Brad Abbey, Sione Hopoate, and Kobe Rugless all made their way over the white line Ronald Volkman was on fire kicking 5 out of his 6 conversions. Bears are back in 4th place and definitely on the march forward. Check out Jason Taylor’s team list below to take on arch-rivals the Sea Eagles this Sunday.

Unfortunately, in the Harvey Norman Women’s Premiership game, top-of-the-ladder Mounties were way too strong for our girls. The scores were tight at the halftime mark with Shontelle Stowers and Nakita Sao nabbing early tries that went unconverted and the girls headed to the shed at only 6 points down. Mounties came out super strong in the second half and the Bears sustained a number of injuries including Shontelle being carried from the field with deep lacerations to her knee. The girls remain in 4th position with only 3 games remaining before the finals series begin. The girls go up against Helensburgh Tigers again this Sunday and are gunning for the win – check out their team to get the job done below. 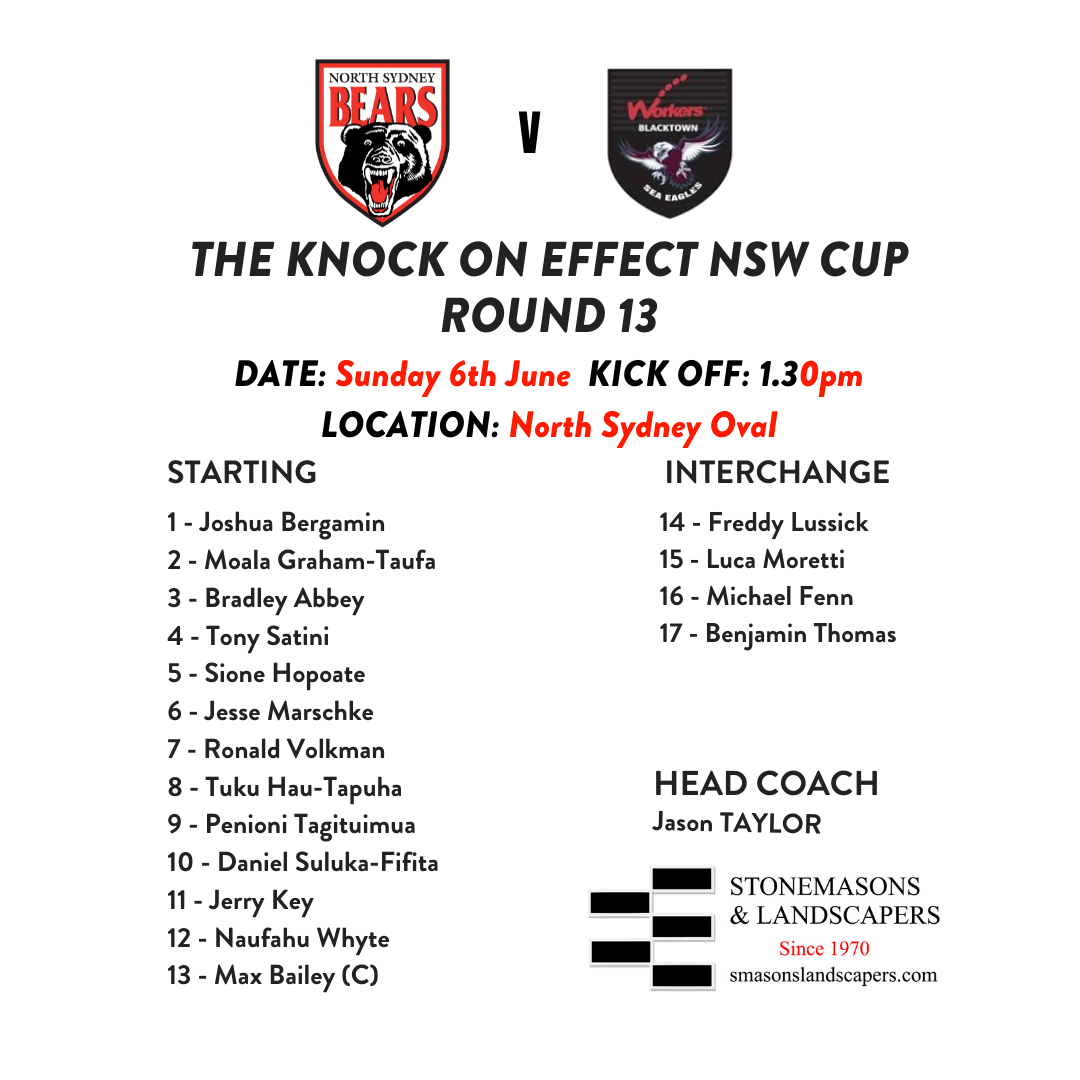 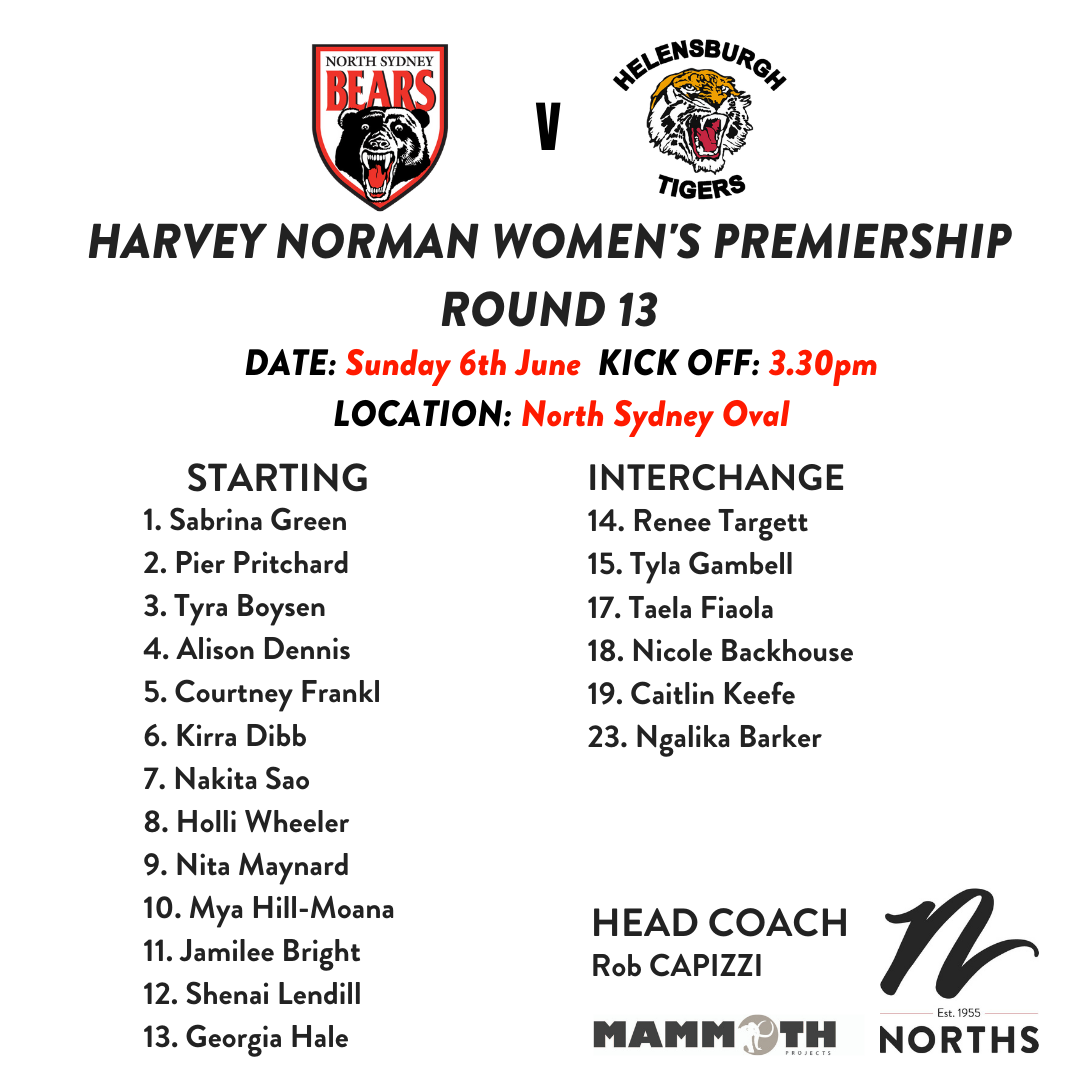