First of all, our thoughts are with everyone that has been impacted by this heavy rainfall. Yes, we were sad to have 3 games cancelled last weekend due to ground closures but that is only a small loss compared to what others in our state have been facing.

Our NSW Cup game did go ahead and the boys took on the Western Suburbs Magpies at Campbelltown Stadium late on Sunday. It was a wet and fast game with the Magpies getting across the line first early after kick-off. Matt Ikuvalu quickly responded with a great chase off a Josh Ralph bomb and Harrison Edwards followed him in with some superb straight line running and Sam Walker converted. The Bears were up 18 – 12 at half time after a successful penalty goal on the hooter.

Again, Magpies were first to score in the second half on a slip pass which saw Jake Simpkin get a double for the game. Bears retaliated swiftly as Ben Thomas pushed over the white line and Sam Walker again converted to take the 6 points. Putting his body on the line Tukupa-Ke Hau Tapuha was next to score some points, hitting the goal post pads on his way through. The Magpies got one more under their belt before the final whistle but our Bears held strong and retained their lead winning 24 – 16.

This weekend both of our senior teams are playing the Bunnies. NSW Cup are first off the rank with Friday Night Footy at Stadium Australia, kick-off at 5.40pm followed on Saturday by our Harvey Norman Women’s team at 4pm at Ironmark High Performance Centre. 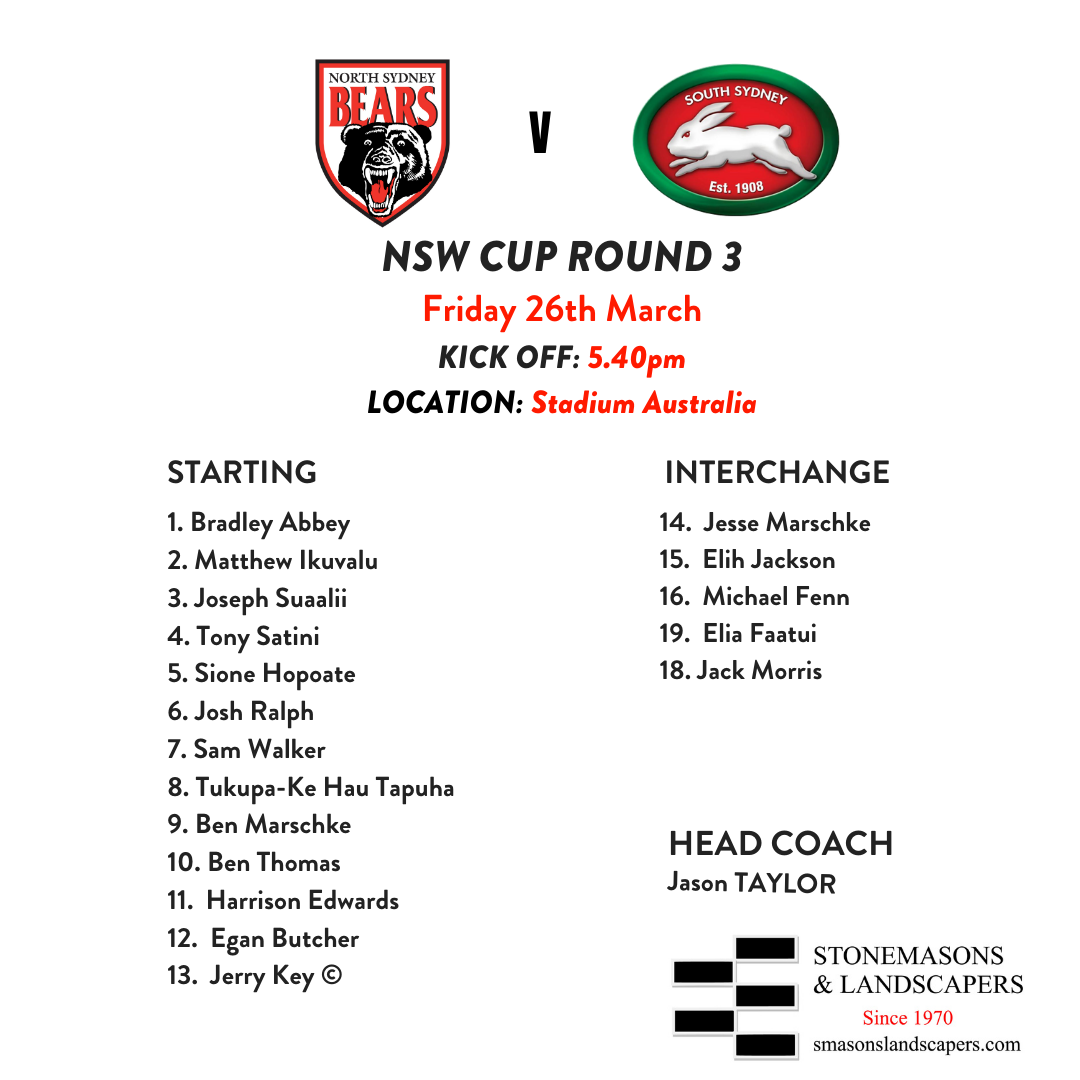 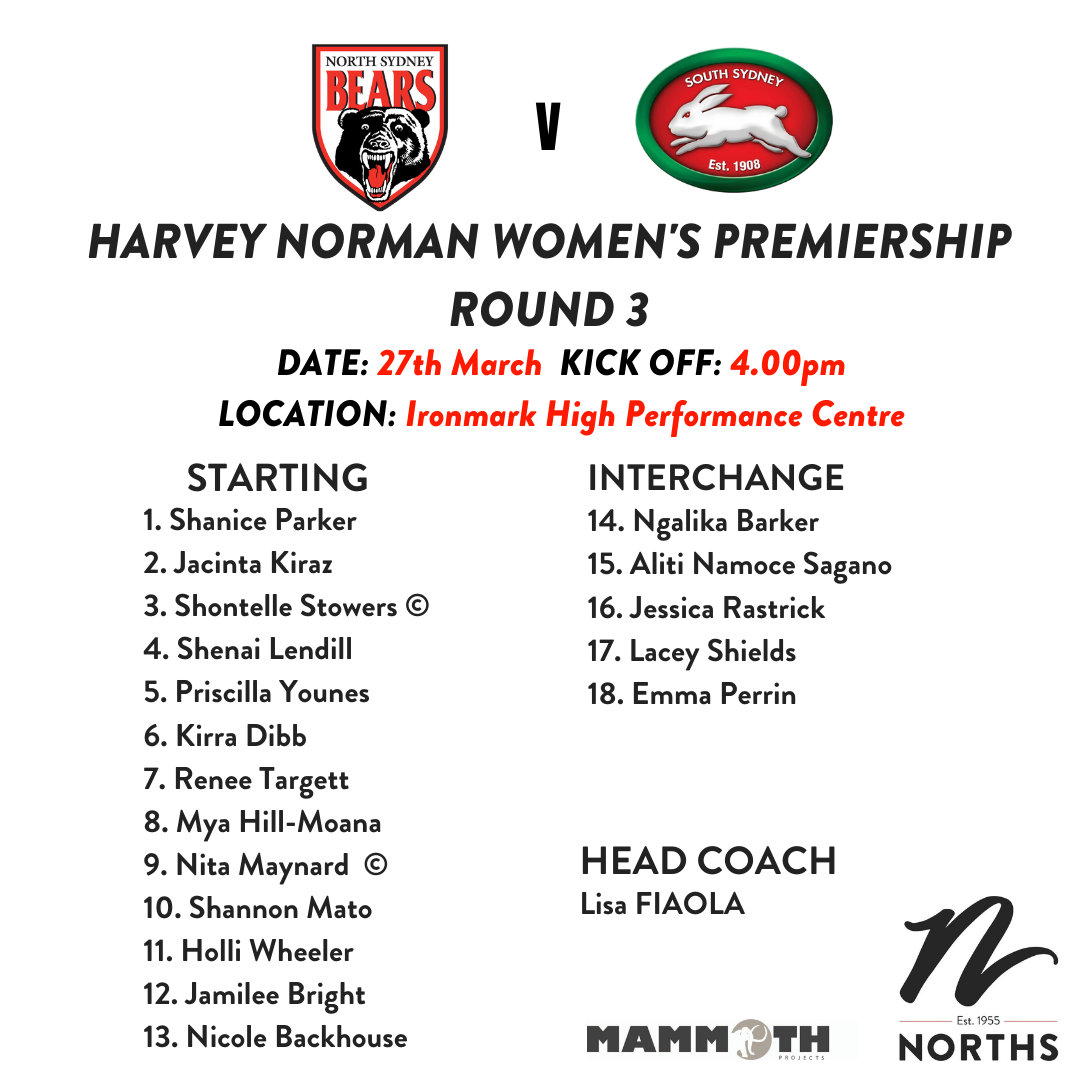