This Sunday we are back at Bear Park, North Sydney Oval, with both our senior Men’s and Women’s teams ready to play in ANZAC Day clashes. NSW Cup Head Coach, Jason Taylor, and our Harvey Norman Women’s Head Coach, Rob Capizzi, have listed their teams below to take on St George Dragons and Helensburgh Tigers respectively.

FILL THE HILL! We really did set the bar high in our first home game of 2021 and this Sunday we are looking to go one further and smash the 4000 crowd that attended that game. Some people think it was just a one-off being the first game, but we know Bears fans are more committed than that so BRING IT ON!

Gates open at 11.30am and the day begins with our women’s team taking on the Helensburgh Sharks, kicking off at 12pm. The girls are keen to get playing again after 2 byes in the last 3 rounds and are looking for the four points.

At 2pm the NSW Cup boys go up against the Dragons and the Bears squad is also looking to get a win after their loss on the weekend. Josh Ralph is playing on point and Joseph Suaalii is really finding his stride in the men’s game. So many up-and-coming stars in this side, the footy really is beautiful to watch. 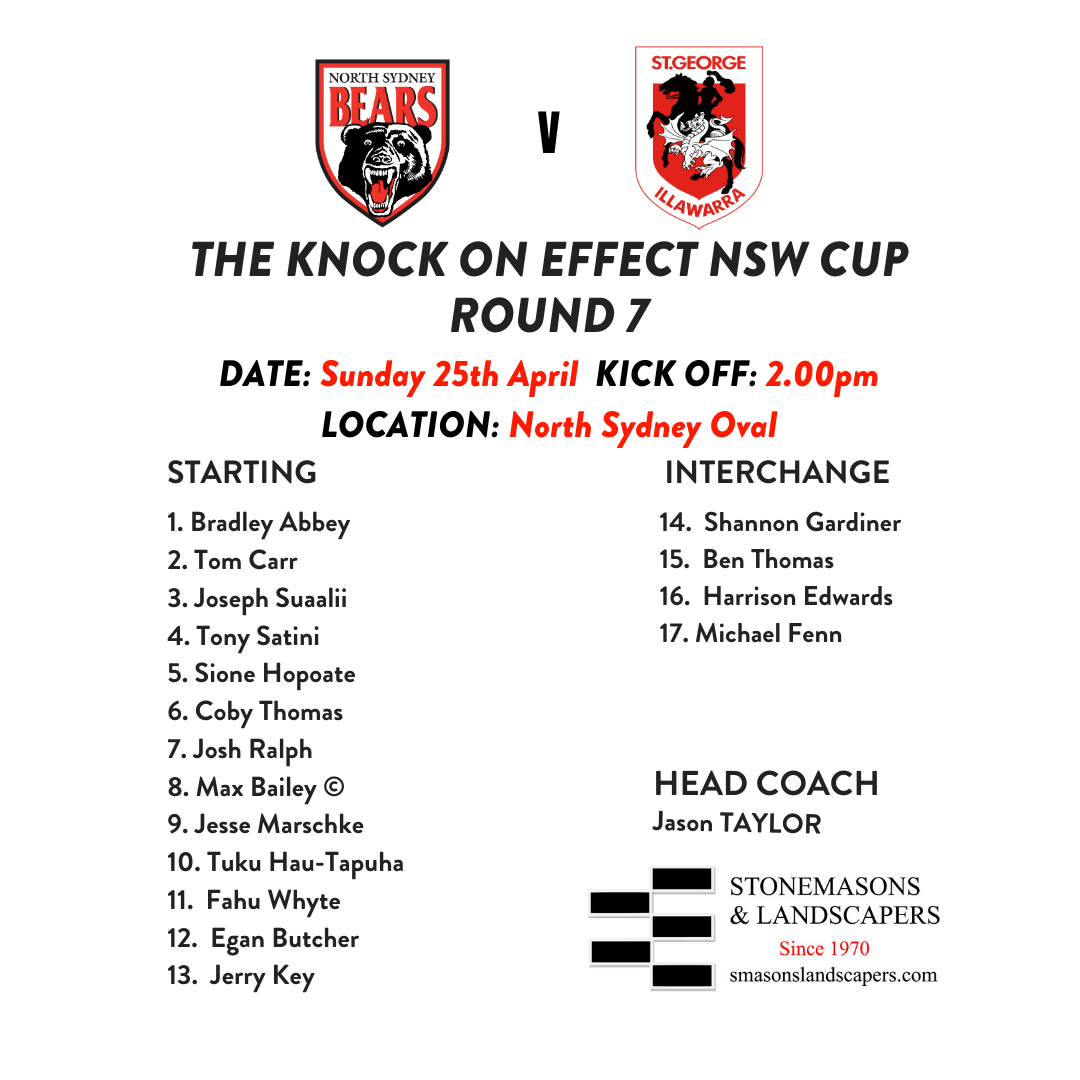 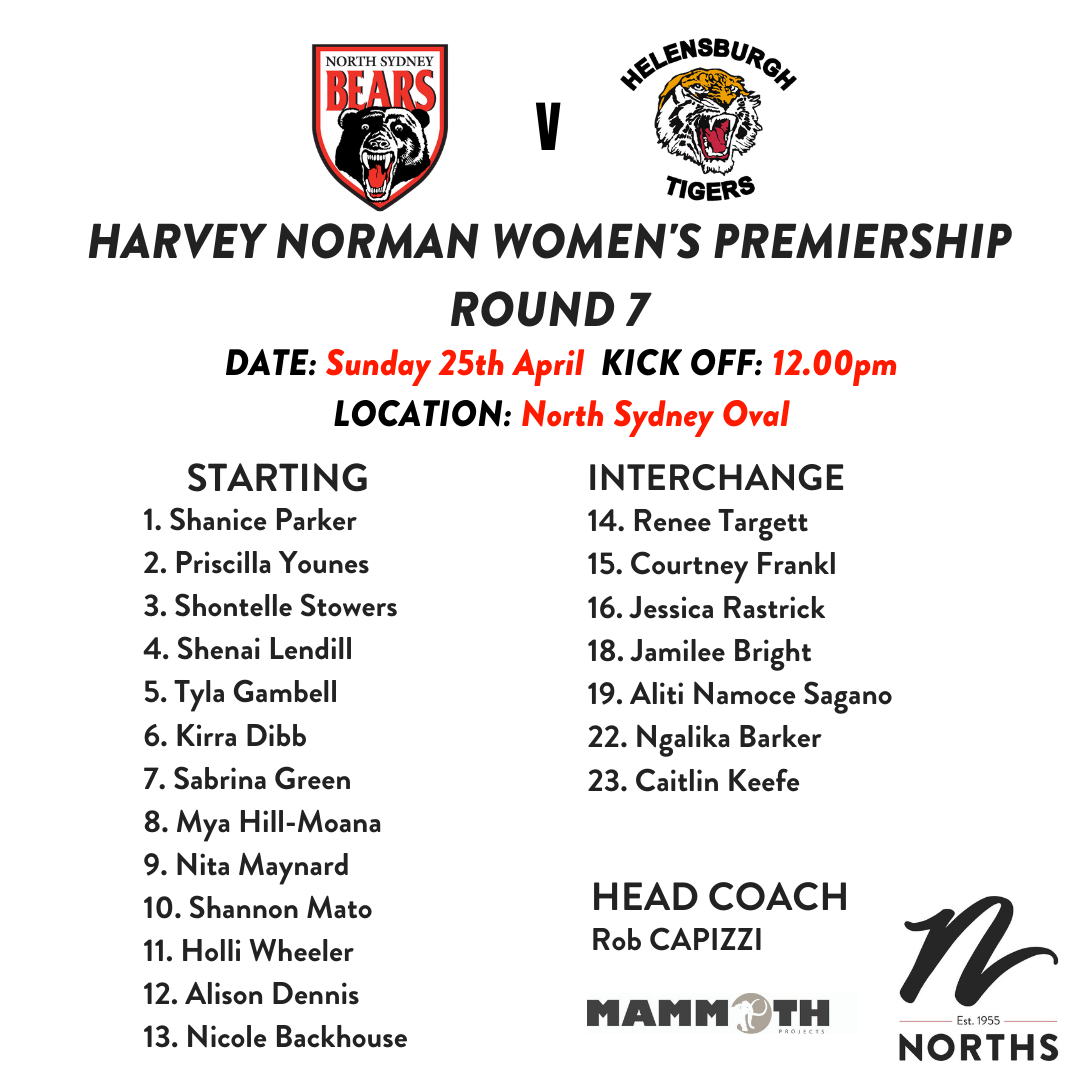