After such a strong season with our Harvey Norman Women’s Premiership team ending as Minor Premiers it was a shock for the girls to be knocked out in the semi-finals. However, this is sometimes how footy plays out and on the day the Wests Tigers were the stronger team. The rain had set in and conditions were not the greatest for the finals series to begin, however Bears were first to get the points on the board with a beauty by experienced player Raecene McGregor, with the conversion waved away. After this it was a long time before we saw the scoreboard light up again in our favour and the Tigers took control of the game particularly with NRLW player Tess Staines running in a trifactor against the Red & Black. The girls put in a valiant effort against a strong opposition and we just couldn’t regroup and hold them out. During the second half, spirits were heated and a scuffle broke out sending both Raecene McGregor from the Bears and Najvada George from the Tigers to the sin bin. A final opportunity arose for the Bears and Jamilee Bright found the team four more points to which Kirra Dibb neatly converted. However, it was too late and the Tigers progress on to the Grand Final and our Bears were knocked out of the 2022 season.

Not the way we had wanted to finish, and a shame the competition ends in a knock out and not the three week final’s series like the men’s comp, but what a season these girls had! We are so proud of all they achieved and the dedication, passion and fun they brought to every game and every training session. The leadership they showed and the welcoming open arms they had for the new Tarsha Gale Cup girls who joined the squad is simply inspiring and shows the great work the Red & Black Foundation is doing in strengthening our female player pathway program. We cannot wait for the Tarsha Gale and HNWP 2023 seasons to begin! Before that good luck to the many Bears players who are now heading into the 2022 NRLW season, more info to come later this week. 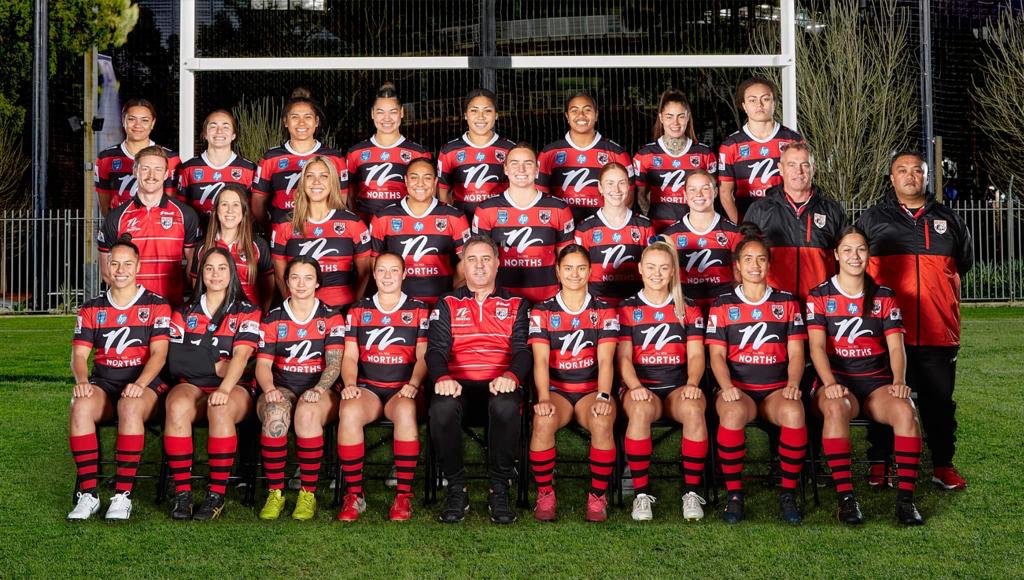 The 2022 Season continues on for our men’s team as they head into Round 18 after a loss to the Raiders in Canberra last Saturday. It was a very chilly morning down in the nations capital but that didn’t deter a host of local Red & Black fans turning out to cheer on the boys. We welcomed fans from the Yass, Gundagai and Canberra area to Raiders Belconnen for pre-game hospitality and what a great group of Bears it was. Lots of yarns and banter among members and fans who bleed Red & Black. The game kicked off at 3pm and our Bears came out firing with an early try by Sandon Smith off a beautiful kick from Toa Mata’afa. from which Adam Keighran converted. There was a lull in points over the next 20 minutes then Raiders pumped out two tries on the trot and Bears were running short. Just before half time, we brought the score closer to 12 – 10 with a nice try as Kieran Hayman dived across the white line but the conversion was waived away. Bears got the first points in the second half with new recruit Joshua Wong nabbing a try off a nice swift pass back from Hayman on the wing and again Keighran converted. Unfortunately the game then got away from us very quickly after this and our boys were on the back foot the rest of the game. Our stats showing both our completion rate and defence was lacking and the score line ended at 30 – 16 to the home team.

This Sunday we continue on against the Dragons and we will be looking to get back in the winners circle and push back up into the top 4 on the ladder. this game will be Live Streamed on the NSWRL Facebook page, tune in and cheer on the Bears! 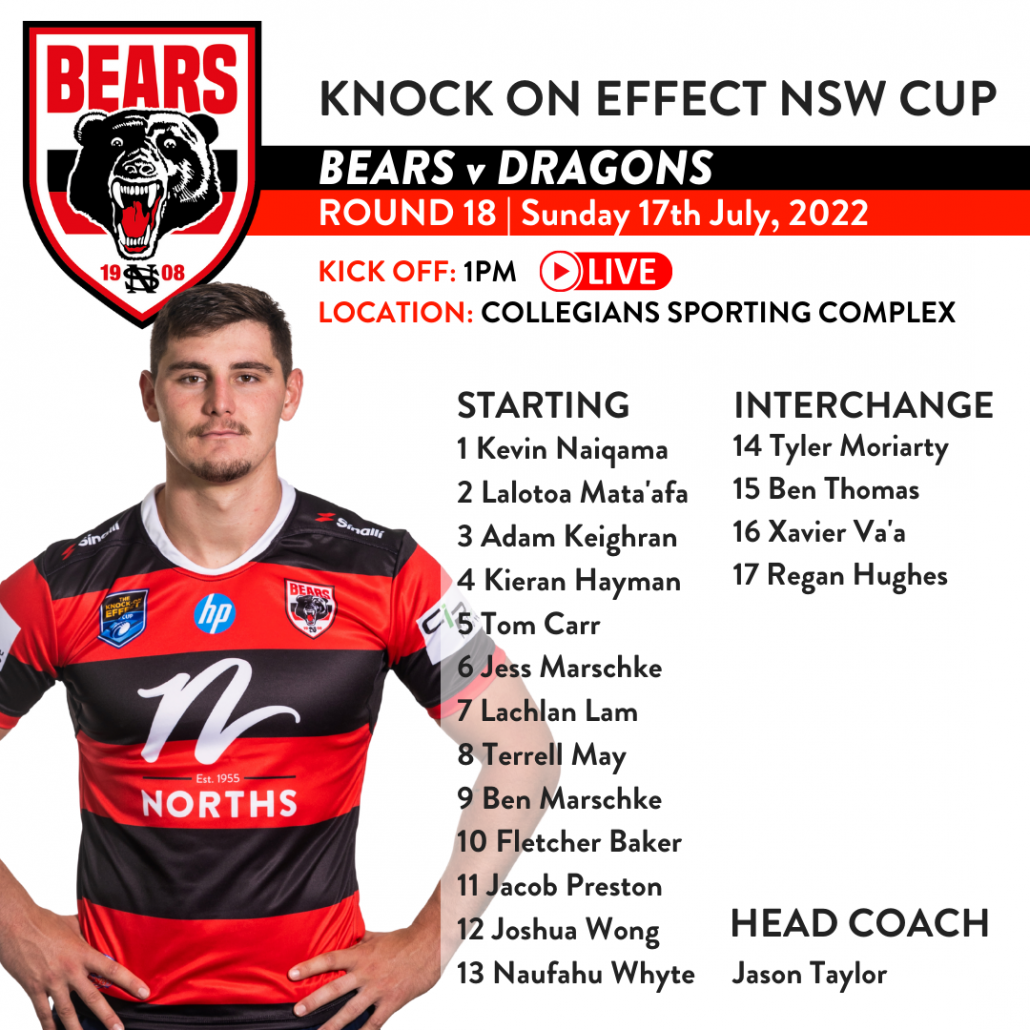