It was quite the tussle at Aubrey Keech Reserve last Saturday when both of our senior team’s went up against Mounties. Our NSW Cup men’s team nabbed early points with Tom Carr crossing the white line within the first few minutes of the game, unfortunately it went unconverted and Mounties quickly retaliated within the next five minutes. A defensive struggle began with no points awarded to either side for fifteen minutes until Bears player Toa Mata’afa broke free and took the team to the half time break up 8 – 6. Ex-Bears player, Josh Ralph, came out swinging for the black and yellow to take the opposition into the lead with a converted try and again our Bears found themselves down. This has become a familiar position for the Red & Black, and digging deep and pushing hard for the full 80 minutes a necessity to gain control. Mata’afa answered the coaches call and bagged a double, followed by young gun Jacob Preston with both tries converted by Adam Keighran. With 10 minutes to go, the game was neck and neck as Mounties added 6 more points to the score line and only 2 points separated the teams. Bears pulled ahead with a beauty from Naufahu Whyte in the last few minutes and Keighran again successfully converted to give the win to the Bears at 26 – 18. We pushed back up the ladder to 4th position with 10 rounds still to go.

Earlier in the day, a strong Mounties side handed our Women’s team their first loss of the season. Our Bears played a strong game against a skilled opposition, however we were lacking depth in our middle due to a number of injured players. Bears came out to a flying start with Cortez Te Pou getting her first try of three in the game within the first 2 minutes. Unfortunately it was a long time before Bears were back on the scoreboard, not until the second half when Te Pou secured her second try but unfortunately the conversion was again waived away. Mounties charged ahead with ex-Bear Simaima Taufa taking her side to 24 points. A late push by the Red & Black, saw the young gun Kiwi recruit Te Pou go across the try line for the third time in the game but again the conversion was unsuccessful and the final score settled on 24 – 12 to the opposition. Our mighty women’s team will take this experience, learn from it, grow from it and come back stronger for the final two rounds of the 2022 Harvey Norman Women’s Premiership. Retaining their hold on the top position of the comp ladder, they are looking good to proceed on to the finals series in early July. Go you Bears!

This weekend, both teams are away playing on Saturday afternoon. our women’s team are taking on the Sharks at 3pm and our men’s team are at CommBank Stadium for a big clash with the Eels who sitting in only one spot below the Red & Black on the ladder. Dig deep Bears and bring home the points! Check out the players named to get the job done below >> 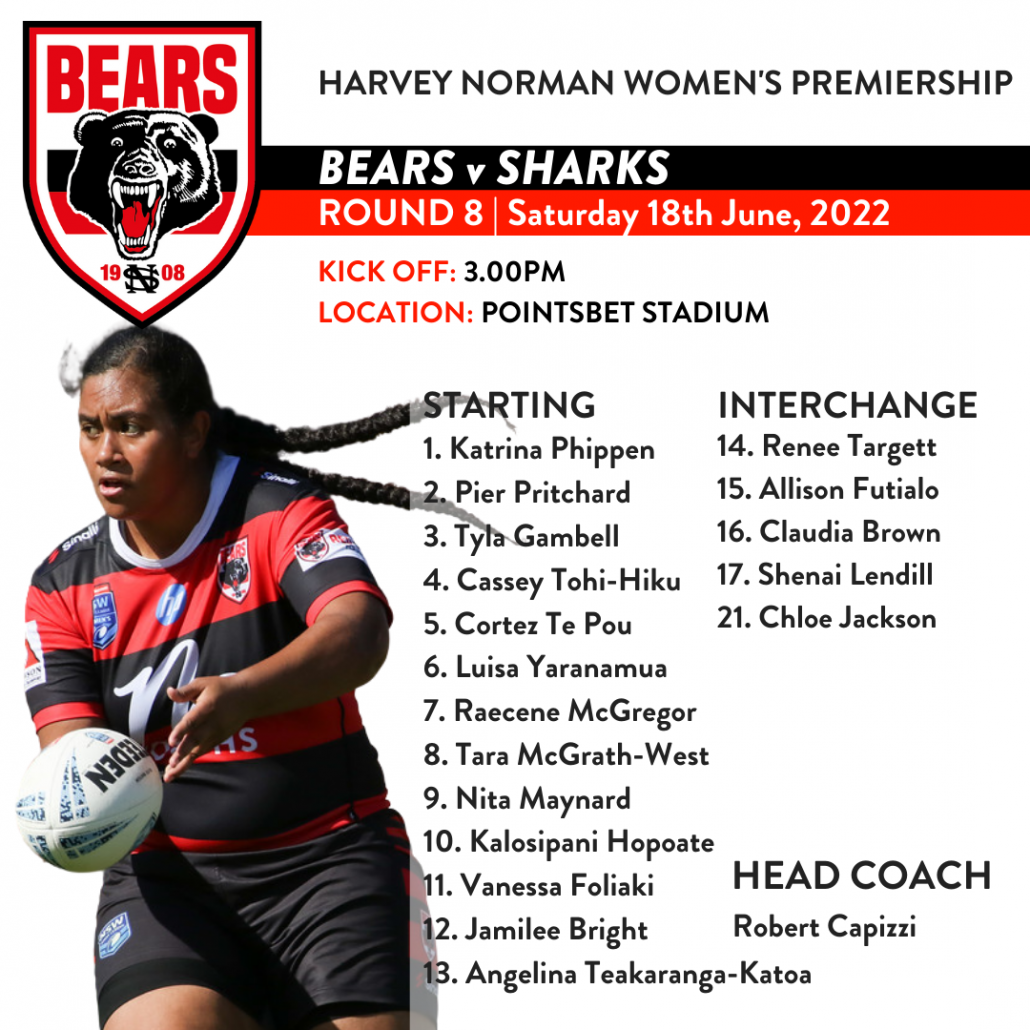 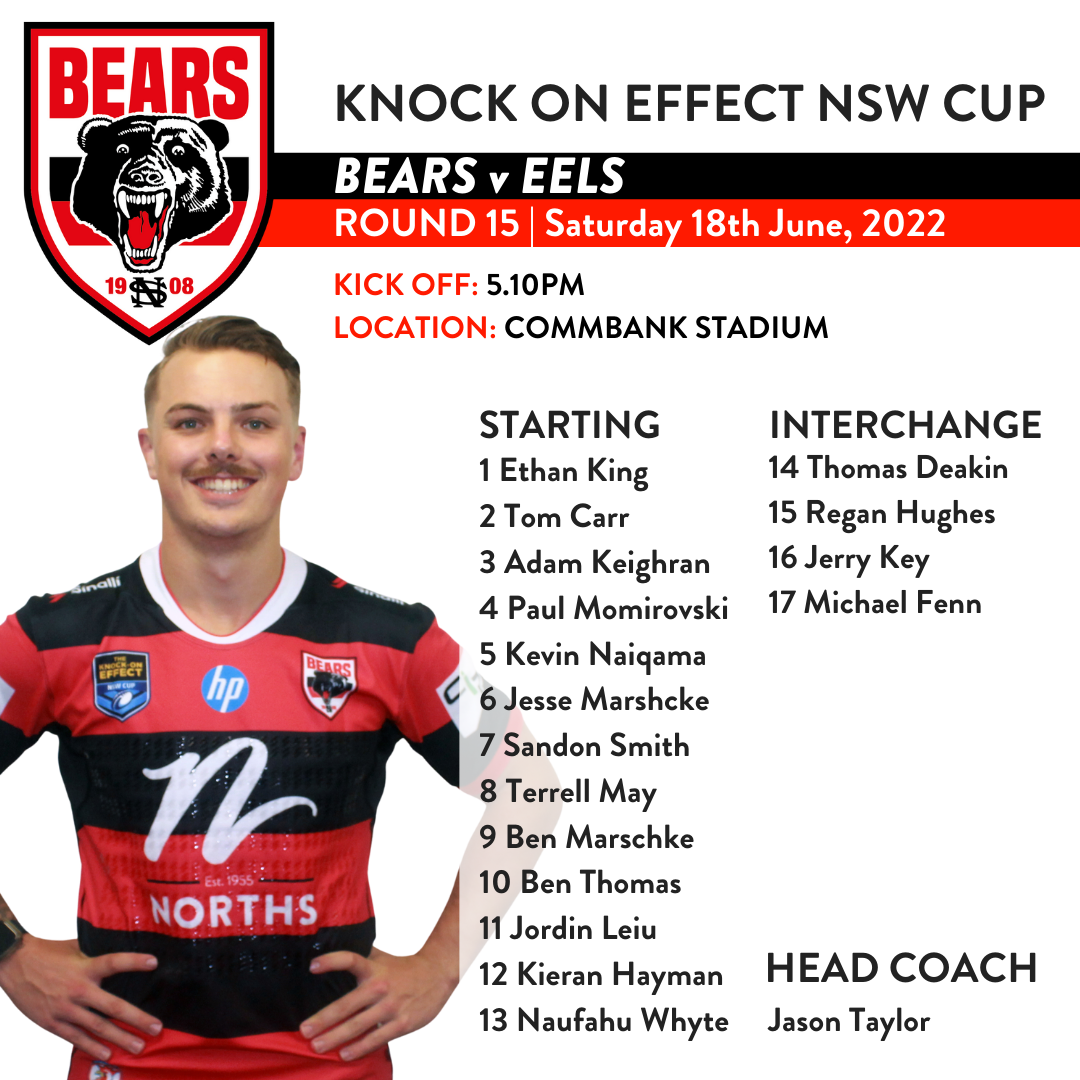