Round 18 kicked off with such promise as the Bears drove in two early tries against the Dragons. Kieran Hayman was first in after some nice backline work and a perfectly timed dummy from Ben Marschke that took the winger over the white line. Next up was an opportunistic try from Lachlan Lam that came from an early kick off a charging Adam Keighran that Lam planted between his legs right on the try line. Keighran converted both to take the Bears into the lead at 12 – 0. Dragons found their stride about 20 minutes into the game adding 10 points to the scoreboard within five minutes but Bears pushed on with big Michael Fenn crashing over just before half time and again converted by Keighran on the buzzer. The teams went to the sheds with Bears leading 18 – 10.

Second half began as a steady game of defence and pushing for metres with Bears finding the first points of the half with an opportunity that came from a mighty tackle by Ben Marschke and Regan Hughes that pushed the Dragons back into goal forcing a drop out. The Red & Black made the most of this with a strong drive forward and some swift ball shifting out to Tom Carr who dove for the corner to add the four points. At this point, the game seemed primed for the taking especially when Terrel May broke free of the Dragons defensive line and Toa Mata’afa charged over the try line, to which Keighran again converted from the side line lighting up the scoreboard at 28 – 10.

However, Dragons did not drop their head and came back with avengence to catch the Bears unprepared for an onslaught of tries in the last 15 minutes of the game. Running in 3 converted tries and piling on 18 points, the game ended frustratingly at 28 all. Not the result we were trending to but enough to push us back up the comp ladder and into 4th position.

This Saturday will be another big challenge, going up against the Jets for the final of the Frank Hyde Shield at Henson Park. Game kicks off at 3pm and now more than ever the boys need our support, so come on down and cheer on the Red & Black! If you cant be there in person, dial in and watch the game live on the NSWRL Facebook Live Stream. 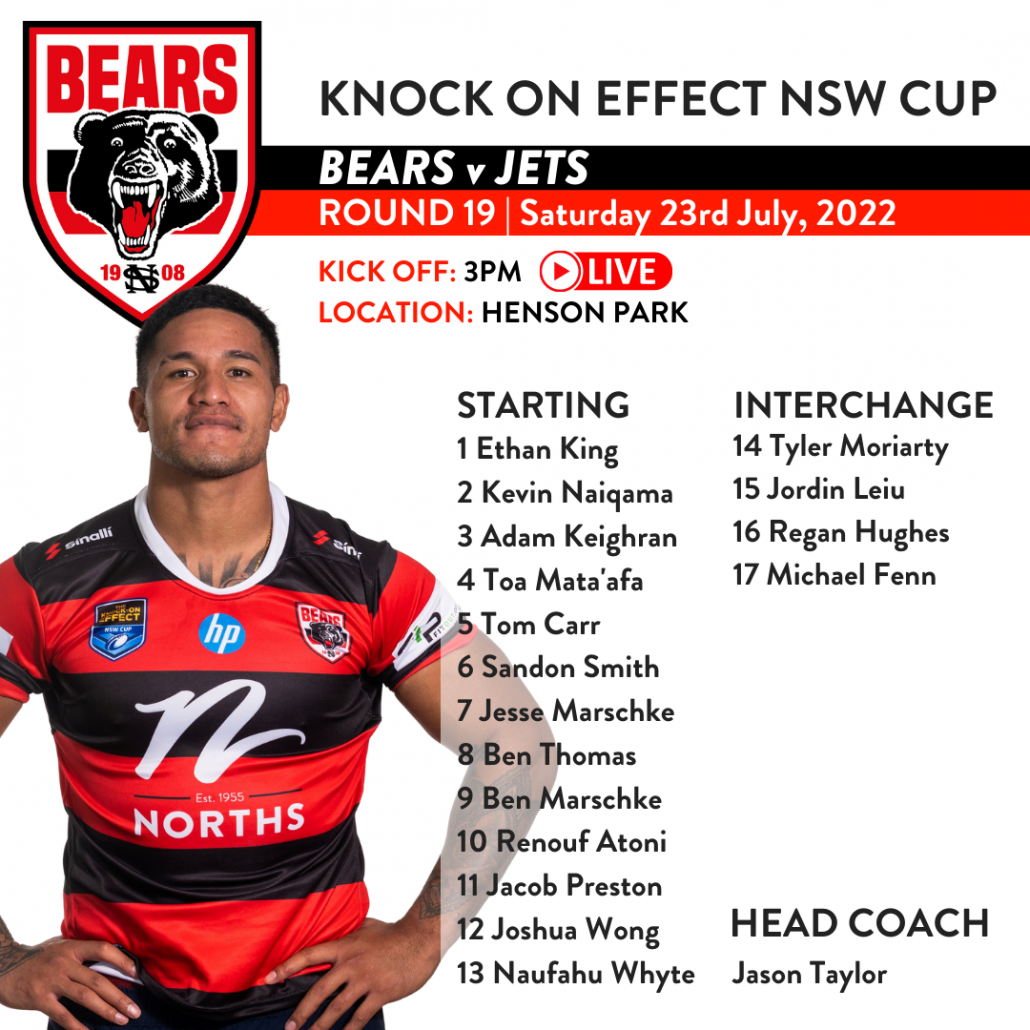