“Rep Round” taking over. Most of our Bears men’s and women’s team enjoyed a well deserved break while a whole host of Red & Black players went on to represent their state or their country. So much great footy on show and thoroughly entertaining for us on the sidelines. Special mention to Kirra Dibb who secured a try for the Blues in the Women’s State of Origin and also to Page McGregor, Raecene McGregor and Nita Maynard who all added 4 points to the end score for New Zealand in their clash against Tonga. Lachlan Lam and Kevin Naiqama went up against each other in the PNG vs Fiji international test and both made it across the white line for their countries. Congratulations to all of the Bears who represented!

This weekend, we have two massive games. Our KOE NSW Cup team are taking on top of the ladder Penrith Panthers at their home ground on Friday night. When we last played them in Round 11, the game was highly competitive and we are expecting another Friday Night Footy showdown when we meet this week.

On Saturday, our mighty HNWP team are playing their last regular round of the 2022 season before they head into the finals series. The ladies are sitting at the top of the ladder and in a strong position to take on Wenty Magpies. Semi-finals will be held on Saturday 9th July at Netstrata Jubilee Stadium with the Grand Final the following weekend at Campbelltown Stadium. Lesssgooooo Bears!

Check out the players named to get the job done below >> 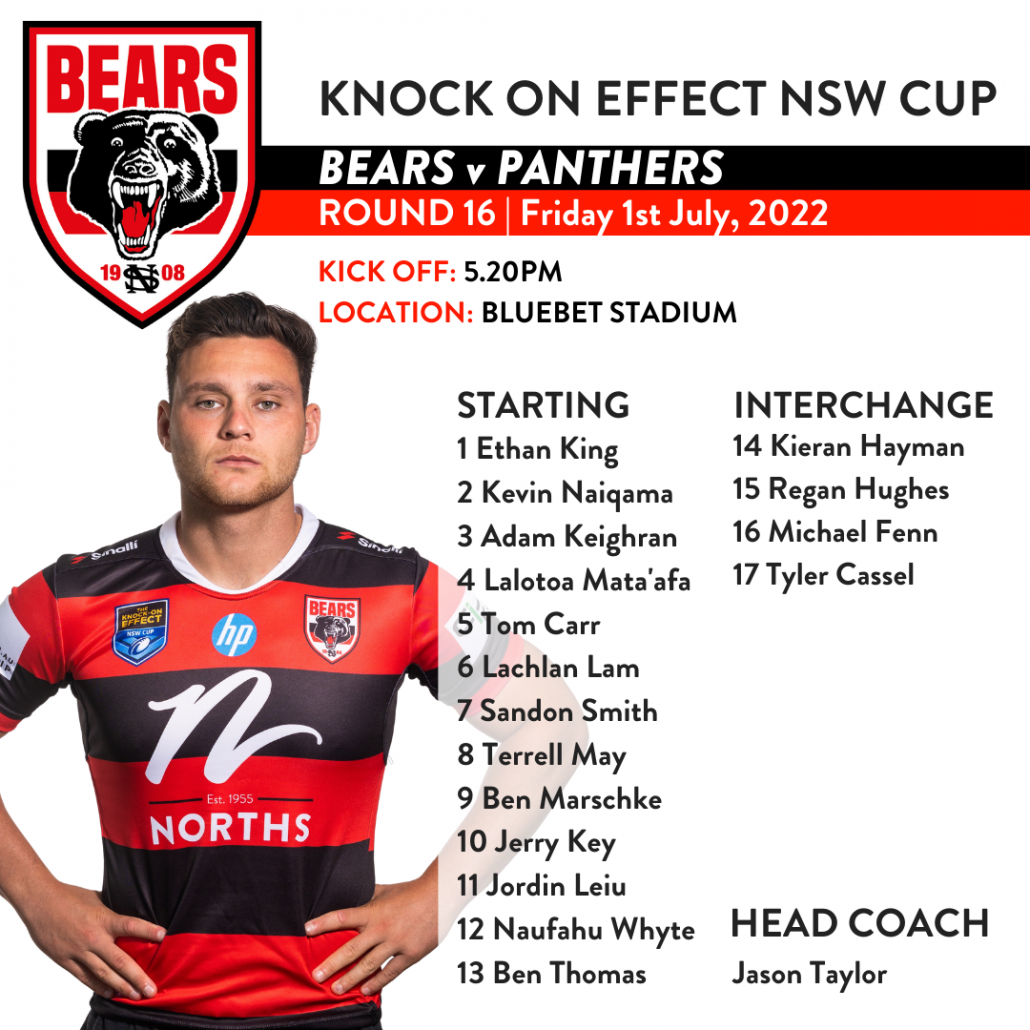