What a fantastic day we had at Bear Park on Sunday in our ANZAC remembrance round and celebration of the 100 year anniversary of the 1922 Premiership. We had a good turnout but still haven’t hit the numbers through the gate that we had early last year. Come on Bears, make sure you get out and support your Red & Black at home games.

Our women’s team had an absolutely smashing for their round one game against St Mary’s. The team played an almost flawless 70 minutes and kept the opposition scoreless. Pier Pritchard was the teams first point scorer for the season followed in by new Bears players Vanessa Foliaki who scored a double, Luisa Yaranamua and Taylor-Adeline Mapusua who each added four points to the bottom line and finished off the game with great tries from Kirra Dibb and Tyla Gambell. Dibb was on point and converted 5 out of the 7 tries. Young gun Chloe Jackson made her debut for the senior women’s team and we cannot wait to see what the season holds for her and the other Tarsha Gale Cup girls who have transitioned up to the Harvey Norman Women’s Premiership.

This weekend is a BYE round for the girls and we will see them next at North Sydney Oval on Sunday 8th May.

Our NSW Cup boys were handed their first loss of the season by a strong and determined St George Illawarra Dragons side. Despite naming a very strong side, the Bears unfortunately a number of mistakes in the first half, plus a few bad calls that didn’t go our way and we just couldn’t seem to regain our focus with the half time score blowing out to Bears 4 – Dragons 26. Tom Carr was our only point scorer in the first half and the cheer of support from the crowd reverberated across the oval.

The second half brought much more promise and in fact the Bears won the second half but too much damage was done in the first 40 minutes to make the substantial change we required to the end result. Lachlan Lam and Vuate Karawalevu were our second half try scorers and Carr converted one out of the three.

This weekend brings a new round and a new challenge with the Bears going up against the Bulldogs at Accor Stadium. The game will be featured on Fox League at 12.40pm. Jason Taylor will be working hard with the team this week to regain their flow and take back their position at the top of the ladder. 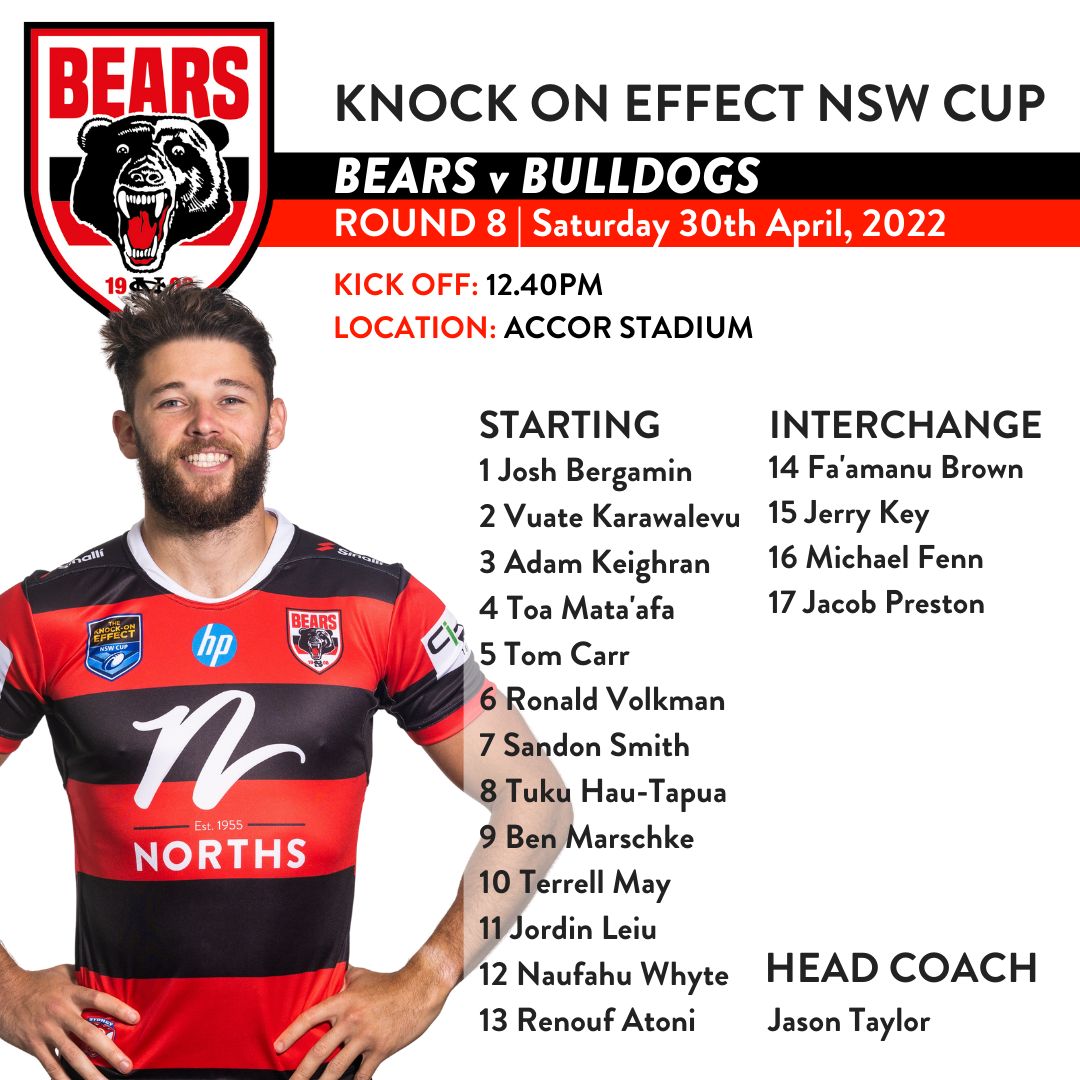