It was an absolute beauty of a day at Bear Park on Sunday as we acknowledged our Women in League round and enjoyed our last home game for 8 weeks. It was made even more glorious with two strong wins by our Women’s and Men’s teams over the Rabbitohs.

Our women’s team took to the field bolstered by a bumper to bumper guard of honour all cheering for the Red & Black. Ahead of the senior players, we had seventy of our local female junior league players run out of the tunnel waving flags, smiles from ear to ear and wearing their club colours with pride. Cutting through the buzz and featured on the big screen was the more serious message from WomenCan, our charity partner for the game day, reminding us that cancer does not discriminate and that together we were pulling our socks up to tackle women’s cancer.

The game seemed pretty evenly paced in the first half and although the Rabbitohs got the first points on the board, the Bears didn’t let it deter them from the task at hand. Kalosipani Hopoate crushed over the line 10 minutes in and Kirra Dibb neatly converted to bring the Red & Black back in front. Before the half time hooter was blown, both Alison Futialo and Pier Pritchard found the white line and the score was 16 – 10 our way as we broke for waters. Both teams returned to the field with a sense of determination and a strong defence game. Twenty five minutes subsided before the Bears “try” video flashed across the big screen again with Pier Pritchard nabbing her second of the game. Rabbitohs counted but their conversion was waived away and Bears followed suit with Alison Futialo grabbing her double to seal the win. In honour of Shenai Lendill’s 50th game for the Bears, she took the conversion and brought home the inaugural Norths Collective and WomenCan Cup for the mighty Red & Black! Our women continue their reign on the top of the comp ladder.

Our KOE NSW Cup side got off to a shaky start letting a very early try by the Bunnies sneak through. Fast paced Adam Keighran quickly got the advantage by converting his own try but alas there was a long break between drinks for our boys after that. The Rabbitohs seemed to gain the upper hand, running in 3 more tries and leaving our Bears more than a little frustrated. As the half time hooter approached, Bears saw their chance and Keighran pocketed a double. After another successful conversion, they headed to the sheds with only one converted try between them.

Whatever Head Coach Jason Taylor said at half time again did the trick and the Bears took to the field with heads high and a clear plan to get the job done. This time the Bears dominated and put on an entertaining display of clever, disciplined and fast footy. Our defence was strong with the only second half opposition points coming in the last few minutes of the game. Prior to this our try scorers were Bears powerhouse Jerry Key, wonder winger Tom Carr and returning from injury Egan Butcher. Adam Keighran was on fire, nailing all five conversions which in a five try a piece game made all the difference to the final tally. Bears returned to the winners circle, took home the points and pushed back up to third on the competition ladder.

This weekend, both teams are playing on Saturday afternoon. Our HNWP are taking on the Knights at St John’s Oval in Newcastle kicking off at 4pm. While our NSW Cup men are over in enemy territory at 4 Pines Park to play the Blacktown Worker Sea Eagles for the second time this season kicking off at 5.05pm. This game will be televised on Fox League, tune in and cheer on the Bears! Check out the named teams below >> 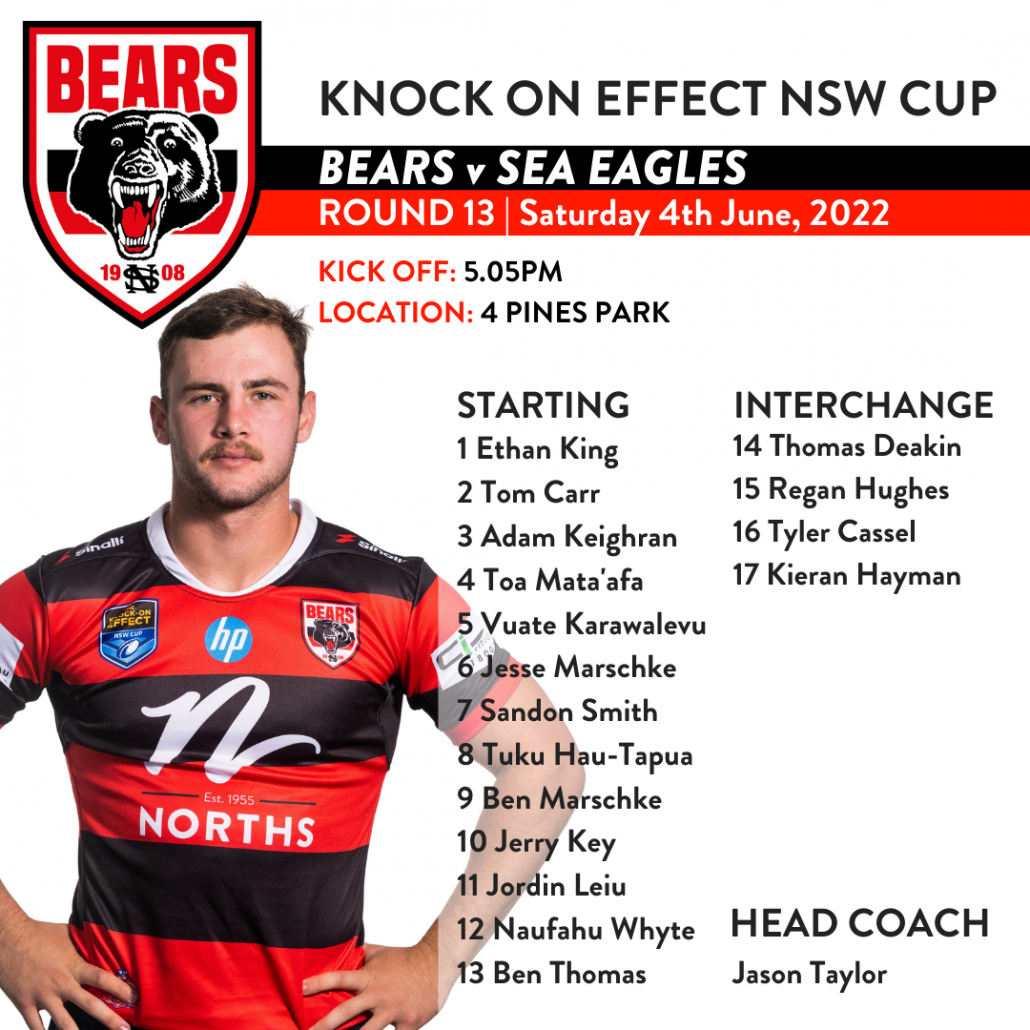 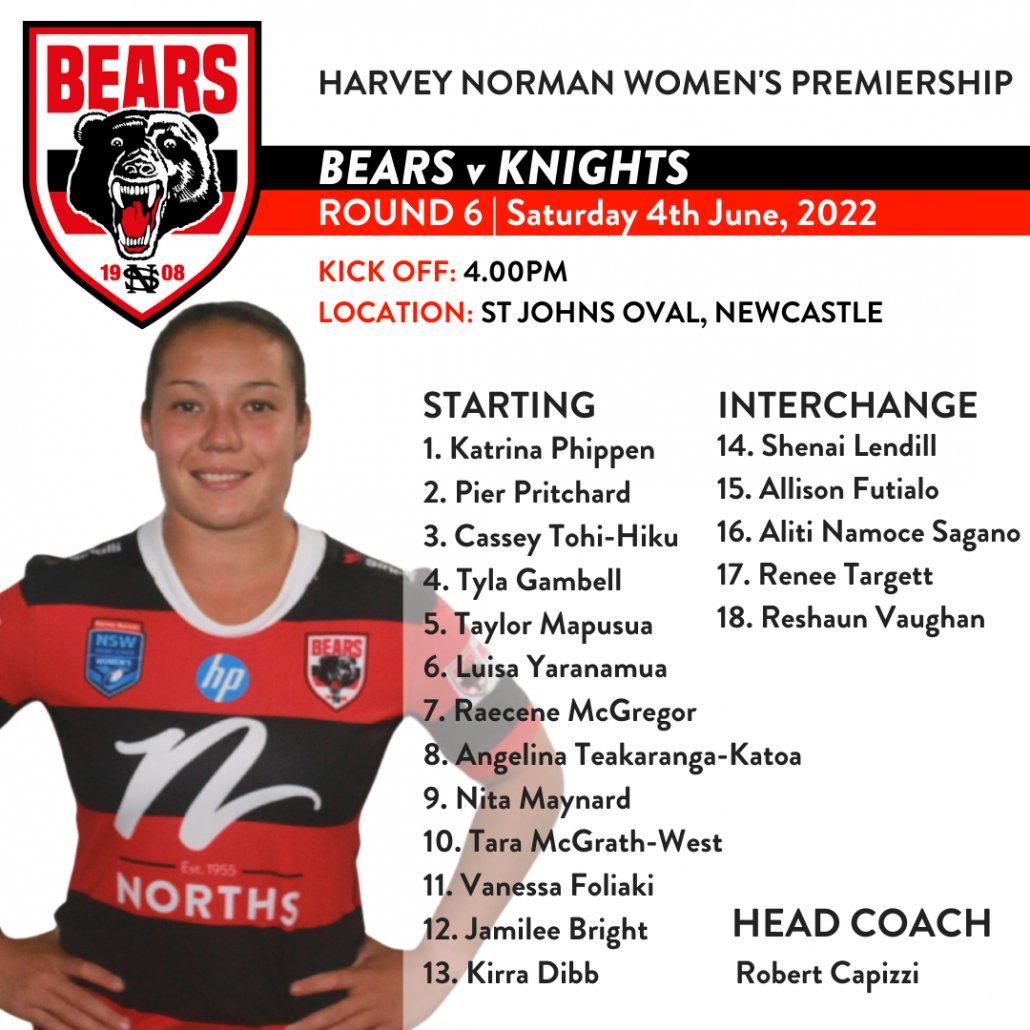