It was a wild weekend of games played in the rain across the state and yet our women’s team remained composed, played almost flawless footy and kept the Wenty Magpies to zero in their final round of the regular season for 2022. Cortex Te Pou continued who dominance as a try scorer nabbing the first two tries, including one within the first 2 minutes, of the game. The tries continued to roll through with Luisa Yaranamua going across the white line prior to half time, Kirra Dibb converted and the team went to the sheds at 14 – 0. The second half was a brilliant example of defence with the opposition permanently kept from lighting up the scoreboard. Tyla Gambell, Kirra Dibb and Katrina Phippen finished off the Bears score line with a smashing 30 – 0 result at the final whistle and ensuring our Harvey Norman Women’s Premiership team took out the season as Minor Premiers! Huge congratulations to the players and coaching staff on a fantastic season so far and we are so pumped to watch the mighty Red & Black march into semi-finals next week.

Our NSW Cup boys went up against top of table Penrith Panthers last Friday night in a thrilling tussle under wet conditions. Both sides remained scoreless for the first 20 minutes of the game as a war attrition played out, and two Bears try attempts were discounted as forward passes, until Toa Mata’afa pushed his way over the line after a long ball from Sandon Smith. Almost another 15 minutes played out before further points were scored with Panthers getting on the board for the first time. Two penalty goals nailed by Adam Keighran sent the Bears to the change rooms up 8 – 6 at half time. The second half seemed to catch the Bears napping and the score rapidly blew out to 24 – 8 to the big cats and it seemed like the game was gone. Bears found their feet and reversed the flow in the last 10 minutes of the game, creating two great point scoring moments from some fast and skillful play. Kevin Naiqama was in first was a beautiful flick pass from Mata’afa and quickly followed by the mighty Terrell May to close the gap. Keighran converted on the siren and the Bears were just short at 20 – 24, pushing them back into 4th place on the comp ladder. 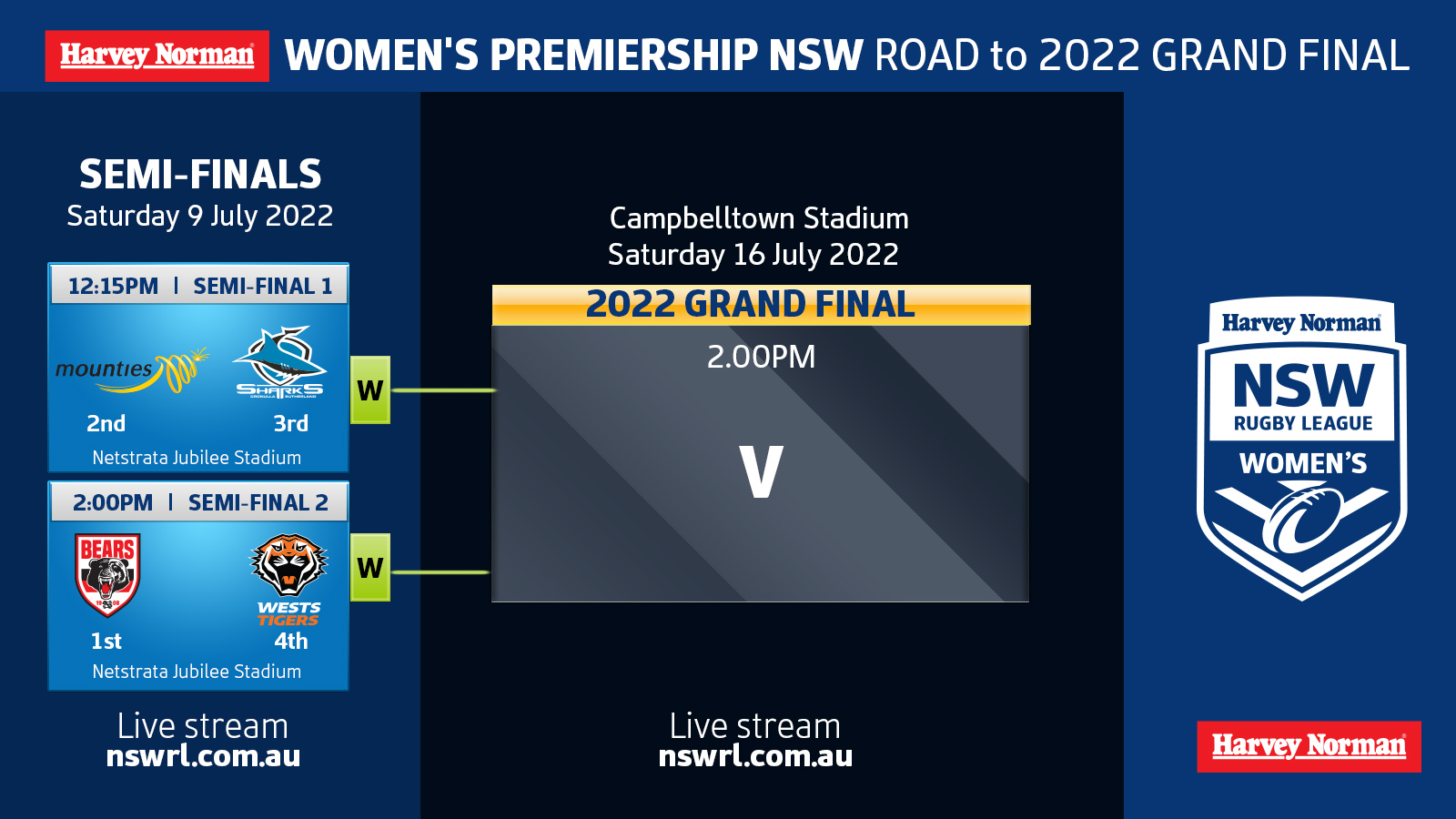 Another big weekend of footy looms large for the Bears as our women’s team head into Semi-Finals on Saturday. They are taking on 4th position Wests Tigers at 2pm at Netstrata Jubilee Stadium on Saturday. Below is Head Coach, Rob Capizzi’s, team to get the job done. This game will be live streamed on the NSWRL Facebook page, make sure you tune in and support our ladies as they fight for their position in the Grand Final.

Our boys are heading south to take on the green machine at Raiders Belconnen this Saturday. Beanies and jackets are packed and Head Coach, Jason Taylor, and the team will be gunning to be back in the winners circle again.

Come on you Bears! 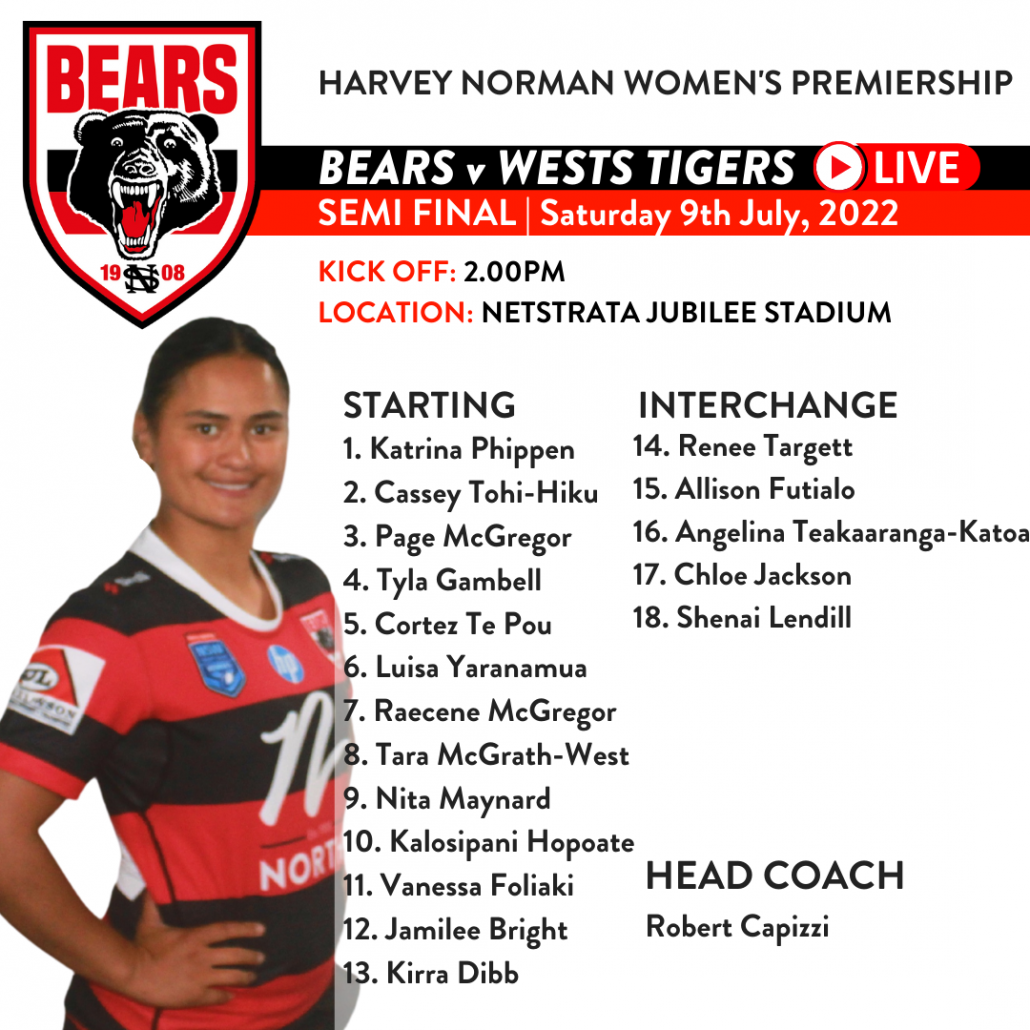 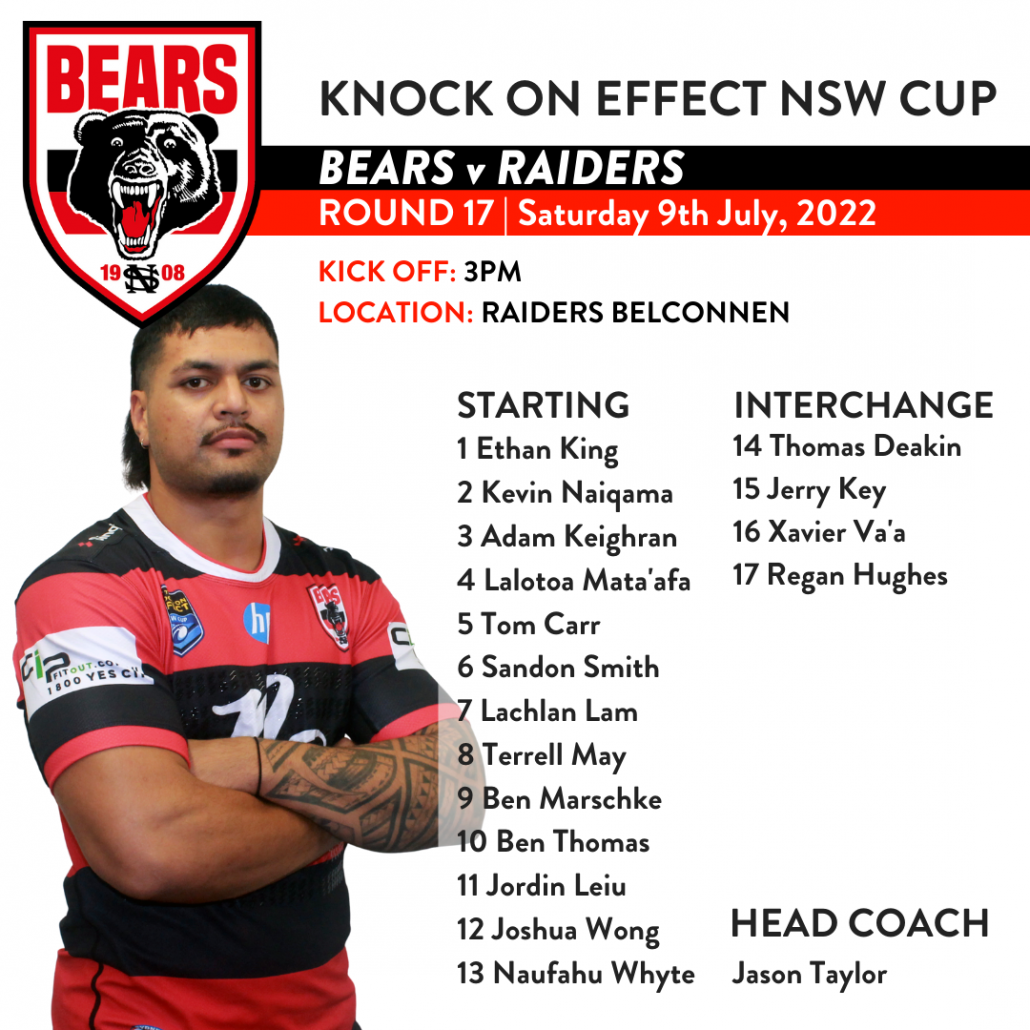