Last Saturday our women’s team hit the road to play the Newcastle Knights and although they walked away with their 5th straight win the team suffered further injuries, including returning player Shannon Mato who damaged her knee. Our Bears dominated the play from the get-go with an early try from Kiwi rugby union convert Cortez Te Pou who joined the Bears this season. Unfortunately the conversion was waived away. Our forwards were powerful in defence and kept the opposition scoreless in the first half. Angelina Teakaraanga-Katoa was next over the white line and again the conversion was waived away and the team went to the sheds at half time up 8 – 0. Both sides returned to the field and for the next 20 minutes the game remained locked at the half time score. The Knights nabbed their first points of the game well into the second half and converted to take the score nail biting close at 8 – 6. Our Bears took this opportunity to lift and Luisa Yaranamua added 6 points as she converted her own try and Cortez marked up a double with a brilliant try in the last minute of the game to secure another Bears victory at 18 – 6 and confirm their position on top of the comp ladder.

Unfortunately our KOE NSW Cup team were not so lucky at 4 Pines Park as they took on old foes the Sea Eagles on home territory with an NRL stacked team. Our team was riddled with injuries with Adam Keighran and Josh Bergamin out and Tuku Hau Tapuha sustaining a game ending injury early in the game. That said, the team started off shakily, the Sea Eagles took advantage and within 25 minutes were ahead 10 – 0. Jordin Leui, featuring a new fashionista hair cut, busted through the line and got the Bears on the score board, Tom Carr converted and we were looking better. A penalty goal by the Sea Eagles before half time, sent the teams to the sheds with the Bears down 12 – 6. The Sea Eagles came out firing in the second half and blew the score line out to 22 – 6 pretty quickly. Bears kept their cool and finally brought their A-game in the last 10 minutes with Lachlan Lam finding the try line, followed swiftly by Tom Carr five minutes later. The final score was 22 – 16 and we dropped to 5th on the comp ladder.

This weekend, both teams are playing on Saturday afternoon against Mounties at Aubrey Keech Reserve. Our HNWP team kick off at 1pm followed by our NSW Cup boys at 3pm. Check out the players named to get the job done below >> 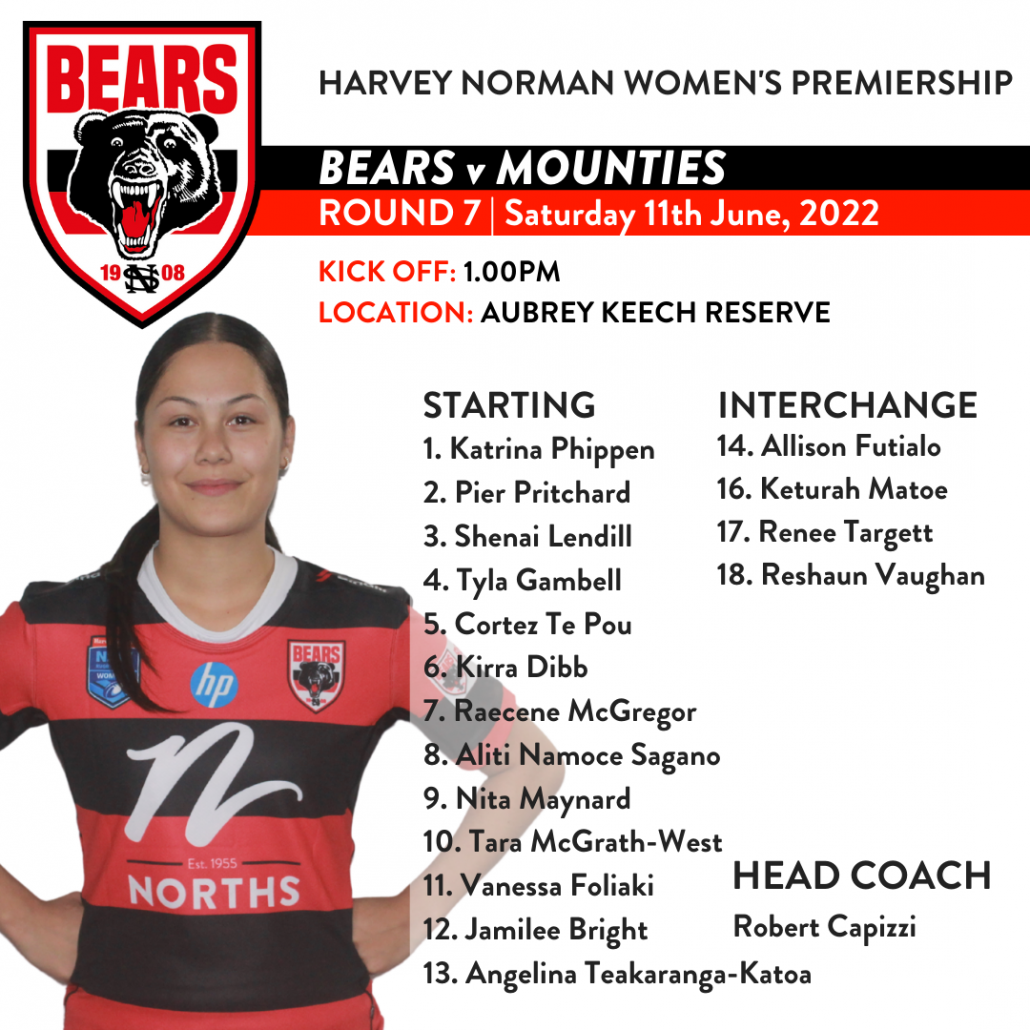 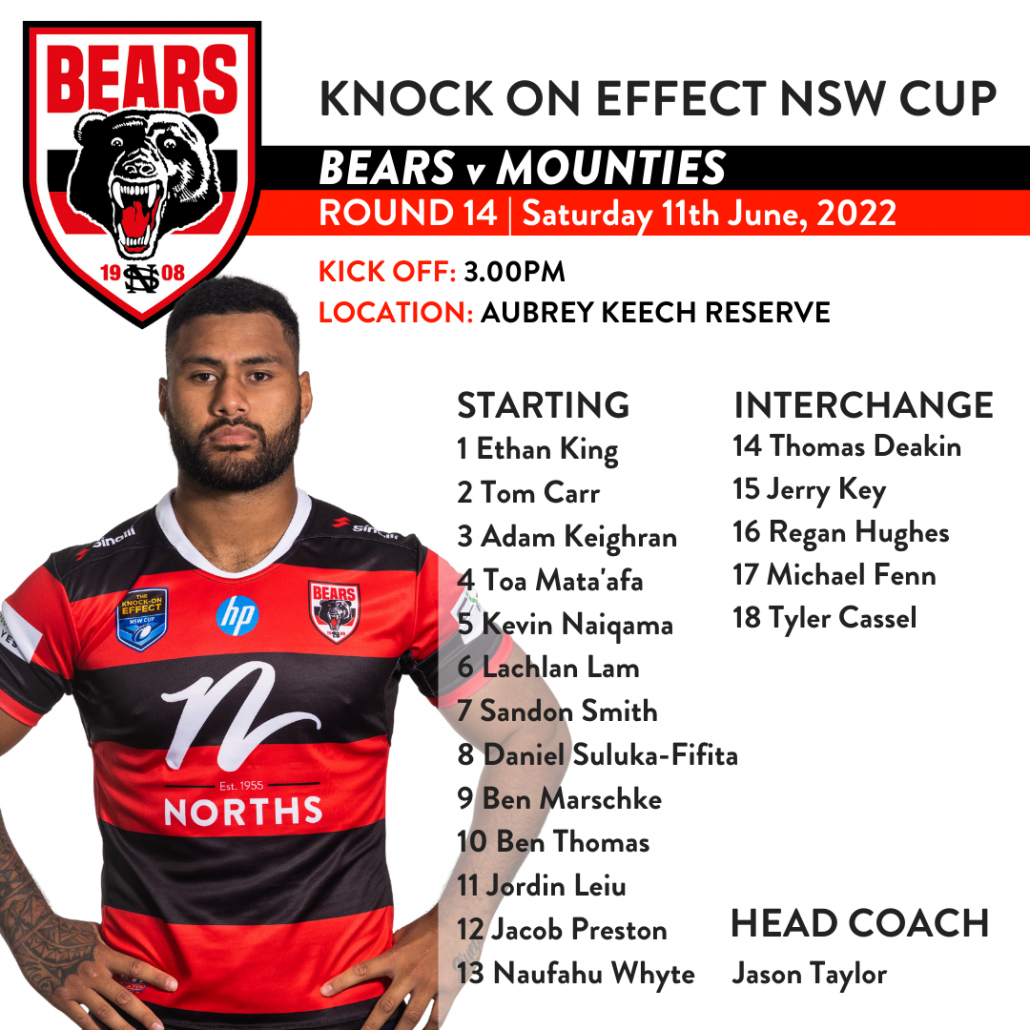