After another great come back on Saturday, our NSW Cup team have pushed back up to second place just behind the Panthers. Round 8 saw us take on a newly strengthened Bulldogs side at Accor Stadium and mistakes under pressure again got the better of the bears allowing the opposition to get the first points on the board. Our boys held on with some strong defensive play and Tuku Hau Tapuha managed to push over the try line at the 25th minute to which Tom Carr converted and sent the teams to the sheds down 12 – 6.

Taking the half time to regroup and settle, the Bears came out firing and dominated the second half not allowing the Bulldogs to get a single extra point. Vuate Karawalevu played a strong attack game nabbing two great tries and Ronald Volkman converting one. A penalty goal in the last 10 minutes of the game taken by Volkman secured the win for the Red & Black. Head Coach Jason Taylor commented “It was good to get back in the winners circle last weekend. we played a really tough Bulldogs team but we controlled our attack well and defended superbly”.

This Sunday we are back at Bear Park for two big games of footy. Our NSW Cup team are going up against a strong Newtown Jets team who are only one spot lower on the ladder at present and will be pushing hard to take second place back. Our boys are training hard and are ready to take down the Bluebags in the first clash of the 2022 Frank Hyde Shield. Check out JT’s team to get the job done below.

Gates open at 12.30pm and our first game to kick of the footy fun is our mighty women’s team who are going up against the Wests Tigers kicking off at 1pm. Our HNWP are coming off the back of a bye weekend and very keen to play, after an incredible performance in round one. Check out Head Coach, Robert Capizzi’s team for this weekend below. Following the ladies, the NSW Cup boys are on at 3pm. With the later game days, there is plenty of time to take mum out for brunch and then head over to the Bears to really spoil her – no better place to be on Sunday than at North Sydney Oval. We have a whole host of fun planned including craft beer tastings by local brewer Six String Brewing at the Hill Bar, a caricaturist to capture mum (and all!) with a free A3 portrait to take home, deliciousness by The Greens North Sydney and lots of activities to entertain the kids including Face Painters, NRL Skills Clinic on the oval and of course high fives with Barney the Bear. Get your tickets online now and see you there! 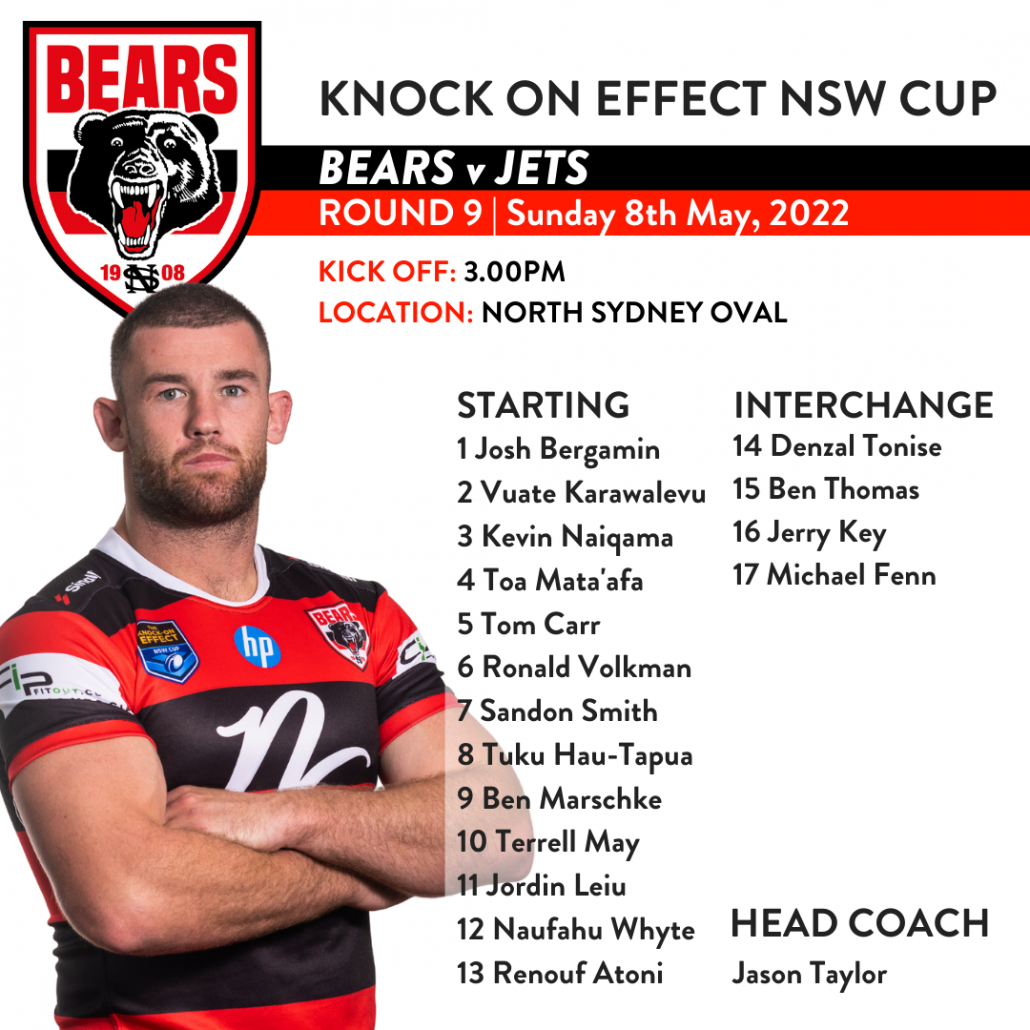 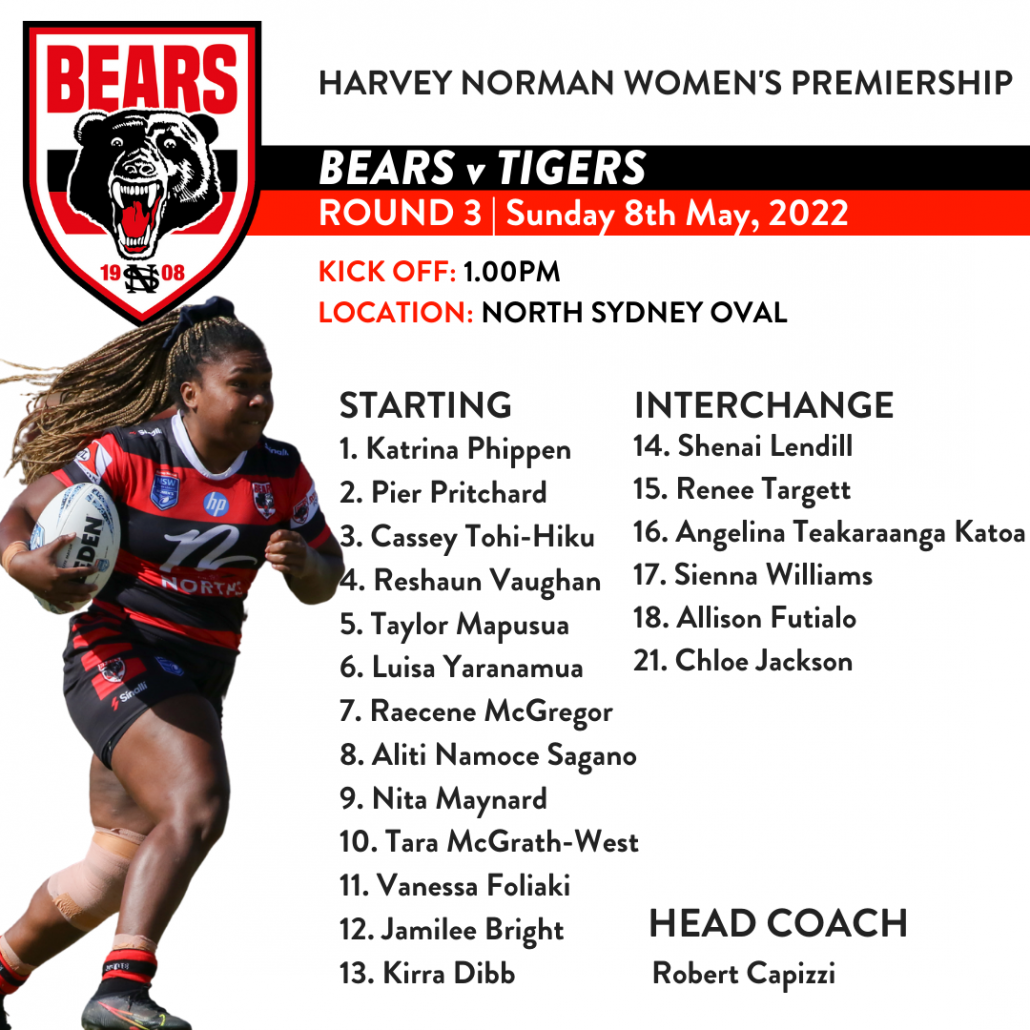