After a turbulent weekend where all four grades games were not only moved times, days but also venues, we were simply happy to get all games played. Due to extensive ground closures caused by the ongoing wet weather, our Junior Reps teams ended up playing their scheduled “home” games in Canberra! It was a tough day for our Harold Matthews and Tarsha Gale Cup teams with both sides going down to the green machine. However, the star of the day was our mighty SG Ball team who defeated the Canberra Raiders 18 – 16 in a thrilling game of footy. Darcy Brettle had a cracking game with two tries himself and also converting all 3 of the Bears tries, including a pressure kick after the siren to take the win. We are all so proud of the development this team has made this season and the effort they have put in, the weekend’s result is testament to their journey.

Our NSW Cup boys game was pushed back to 8pm kick off at Leichhardt Oval, which was actually 9pm body clock time with the end of day light saving, and yet they pulled it together to secure their third consecutive win for the 2022 season. With five players flying in from North Queensland that day, having been selected as part of the Sydney Roosters squad that defeated the Cowboys the night before, they had to refocus and get themselves ready to play. Although the Bears looked the dominate team on field after kick off and had numerous try attempts called as held up, Magpies got the first points on the board. Our boys were not deterred and pushed forward with Atoni finding the white line 10 minutes later and leveling the score at 6 a piece. Heading into half time we thought the Bears were looking solid after a beautiful multi step dart by Lachlan Lam that saw him somersault over the try line and Adam Keighran converted. However, ex-Bear Thomas Freebairn, caught the Bears napping in the 39th minute and the teams went in for half time locked at 12 – 12.

Again, Magpies nabbed the first points of the second half but the Bears regouped and kept the black & white scoreless from that point on. Joseph Suaalii, who had a cracking game boasting 211 mtrs, had a flying corner try disallowed but this gave our boys the momentum to get the job done. The Bears kept the pressure with a barrage of attack, Tom Carr made a good break, Lam scooped up a loose pass and the ball flowed to the other side line with Josh Bergamin grounding a perfectly timed kick from Fletcher Baker. Not long afterwards, the Bears were marching on again and the ball swept to the left and found its way into Carr’s hands in a dramatic corner try. With only 5 minutes to go Fa’amanu Brown secured the Bears win directly under the goal posts and Keighran converted to end the game 28 – 18 to the red & black. Great game boys!

This Saturday, we have all 4 grades playing at North Sydney Oval in what is set to be a great day of footy. Our junior reps teams have their last round of the regular season and are going up against the Illawarra Steelers. NSW Cup are kicking off at 5pm against the Parramatta Eels who are currently sitting on equal points on the ladder and will be a great game of footy to watch. Bring the family, get your mates together and come on out to support your mighty red & black.

SKIP THE QUEUE, tickets are now available for pre-purchase HERE 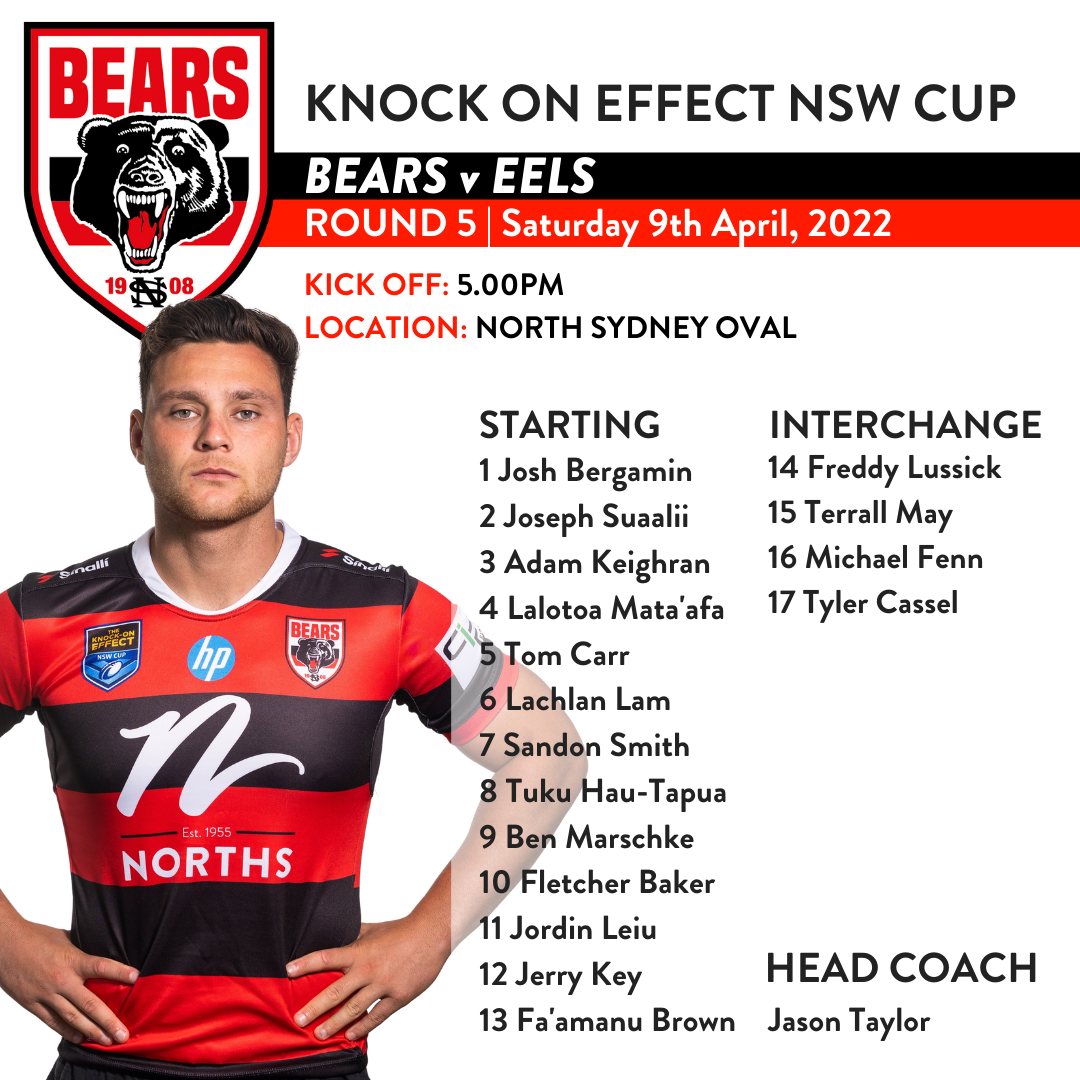 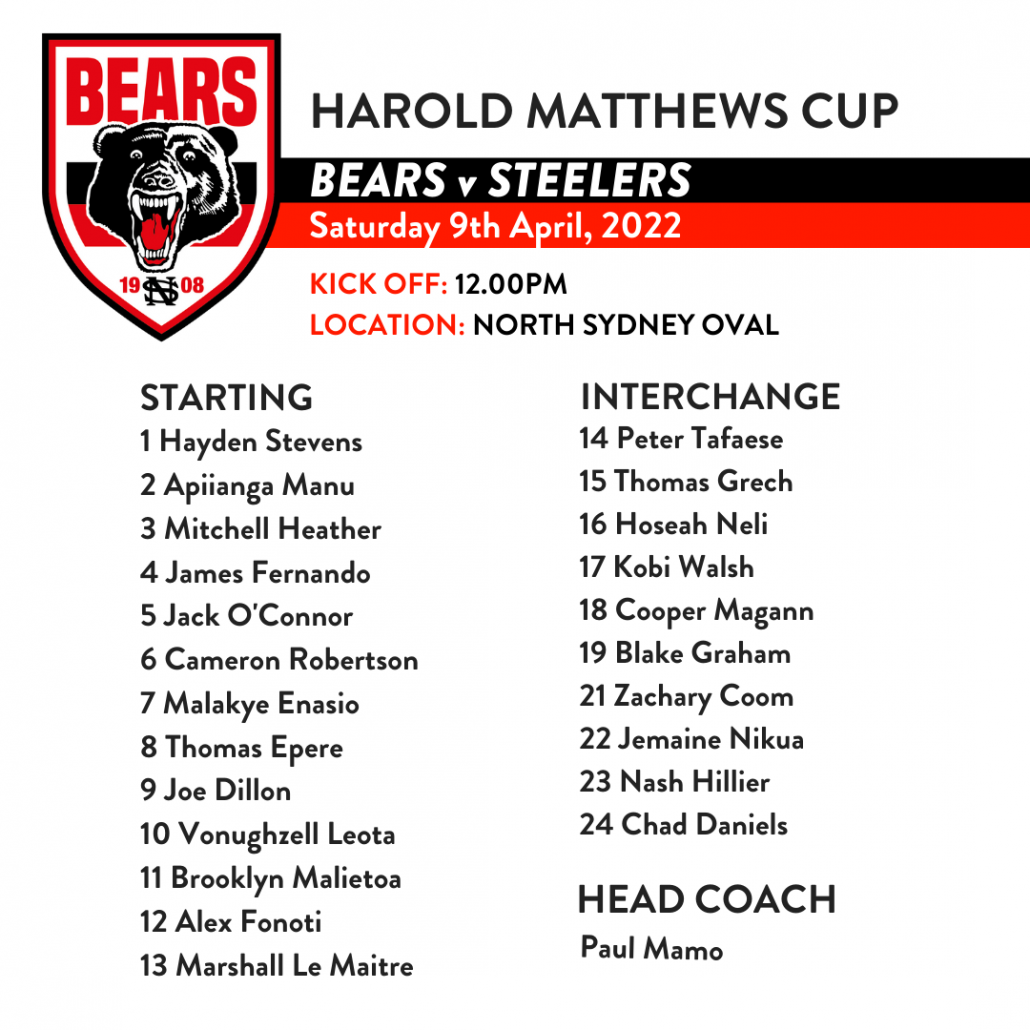 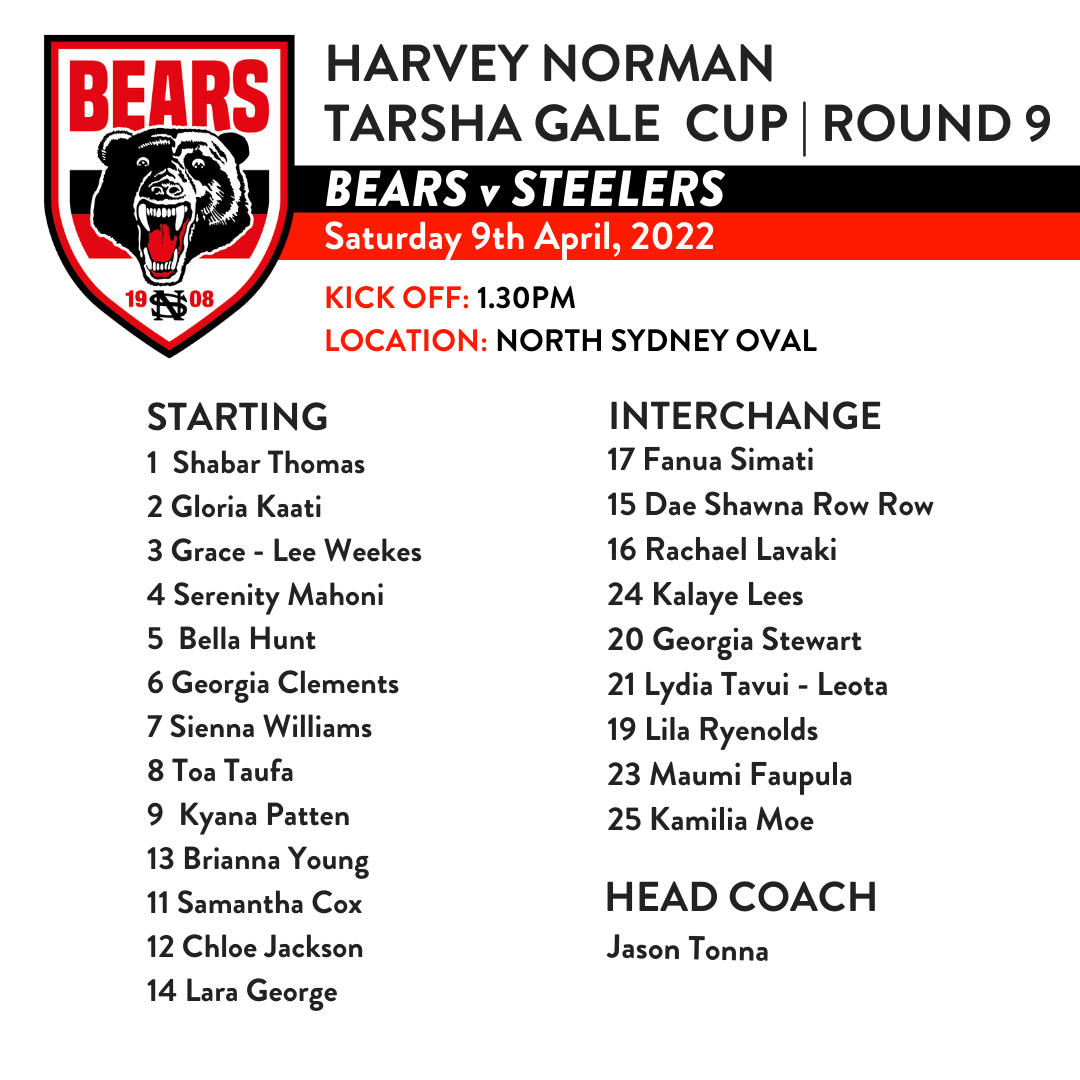 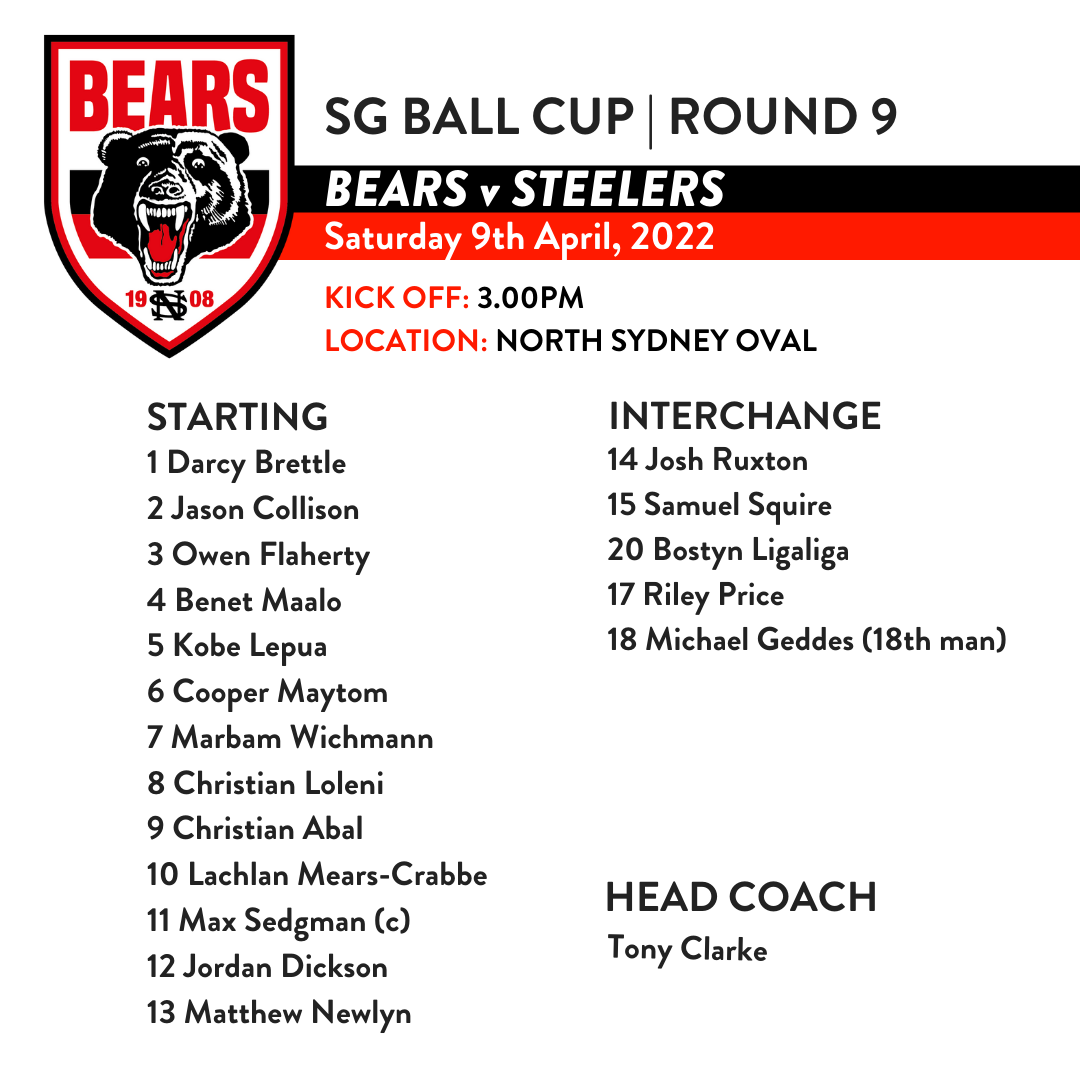