Bears got to sing the team song loud and proud again on Saturday after taking out their 5th consecutive win for the season, defeating the Canberra Raiders and putting themselves at first position on the Knock on Effect NSW Cup ladder. It was another great day at Bear Park with league played all day from 10am. The Kaiviti Silktails brought a great energy to the ground and anyone who got to hear their hymns up close at half and full time were truly lucky indeed. Our feeder club, Hills Bulls, took home the points in their clash against the Silktails in what was a very entertaining game.

The NSW Cup game kicked off in unusual style with the Raiders booting the kick off out on the full and giving the ball back to the Bears. However, the green machine quickly made up for the mistake with Jarrod Croker pushing across the white line to get the first points on the board. For the next 20 minutes both sides pushed unsuccessfully until the mighty red & black found their groove with a sweeping backline pass connecting to Tom Carr and one of his trade mark flying put downs in the corner. Adam Keighran lined up for a difficult sideline conversion, nailing it to put the Bears ahead 6 – 4.

This set off a flurry of attack by the Bears with Renouf Atoni bowling over the opposition right under the posts to give Keighran an easy 2 pointer kick. Quickly following this, a long ball from Sandon Smith, to the dynamic duo of Keighran and Carr on the wing saw a double awarded to Carr but went unconverted. Bears looked to be flying at 16 – 4 but lost focus again in the last five minutes with Raiders nabbing an easy 6 points and sending the teams to the sheds 16 – 10 up to the Bears.

Bears kicked off the second half but seemed to be a bit flat and making mistakes. Raiders took advantage running in the first two tries of the half to take the lead. Bears were under pressure but regrouped and seemed to lift with some very exciting play that had the crowd on the edge of their seats. Young NSW Cup debut and Bears pathway player having come through our Development and Junior Reps squads, Jacob Preston, found himself in the right place at the right time to pick up a loose ball and drive it across the try line. With Keighran again converting Bears were back in the lead by a mere 2 points. The game was really heating up and the pressure was on from both sides as we headed into the last ten minutes. Bears defended well as the Raiders attacked but we held strong to keep them out. With only 2 minutes to go, Bears were working their way down the field, Smith kicks a high ball, Keighran leaps to knock the ball backwards, its scooped up by young gun Preston and expertly put down in the corner to secure the win for the Bears.

We are back again at North Sydney Oval this Sunday for two big games of Bear footy. Our Harvey Norman Women’s Premiership team kick off their season with a home game against St Mary’s at 12pm. The team has been training hard for the last five months and have now also welcomed back into the squad the players who have been in the NRLW teams. The girls are looking fit and strong and ready to rip in. Come out and support our mighty women’s team!

The Knock on Effect NSW Cup boys are marching on with their traditional Anzac weekend clash against the St George Dragons. When these two sides meet it is always an entertaining game. Get on the Red & Black bandwagon and come cheer on the teams.

We will be observing ANZAC Day ceremonies prior to the NSW Cup kick off plus celebrating the 100 year anniversary of the historic 1922 Premiership in which our mighty club went back to back to take out the title. Plus we are running a Kick for Cash & Prizes during the day so come along and try your luck! 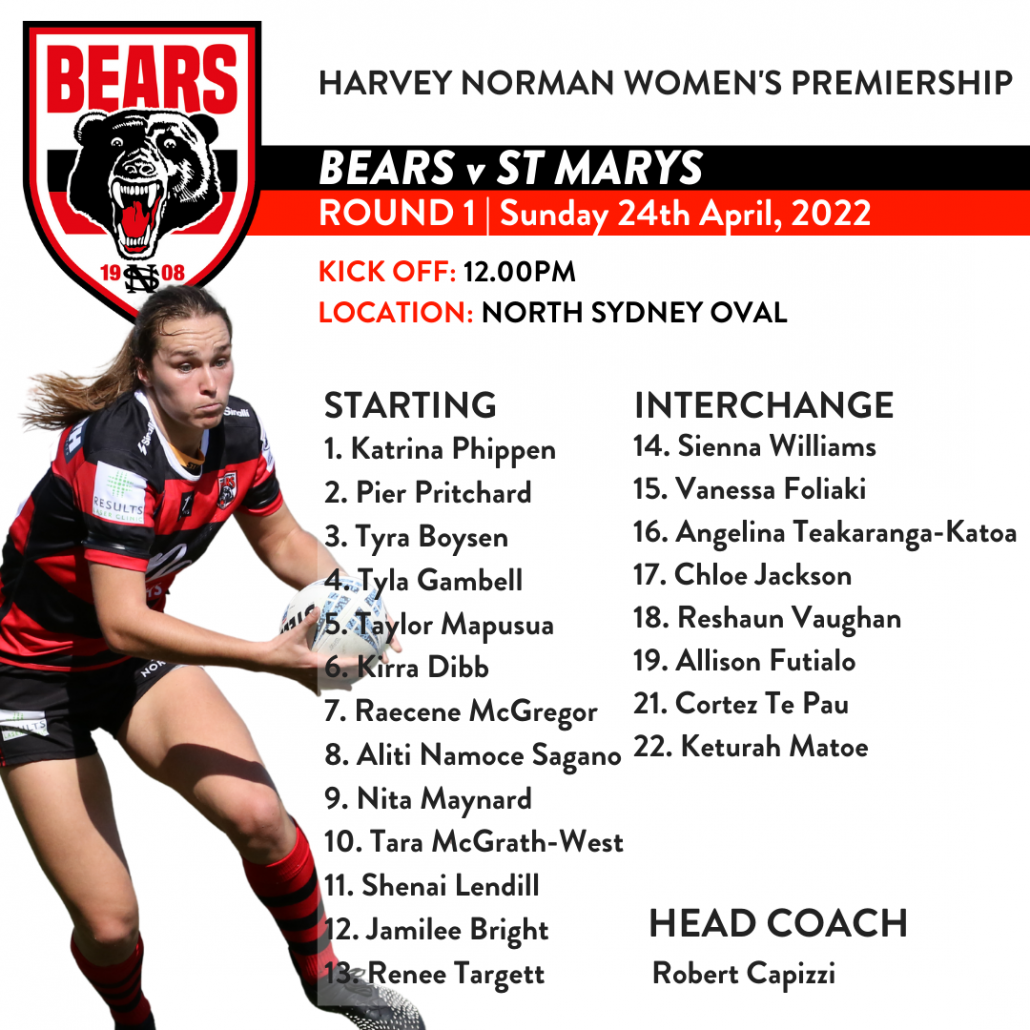 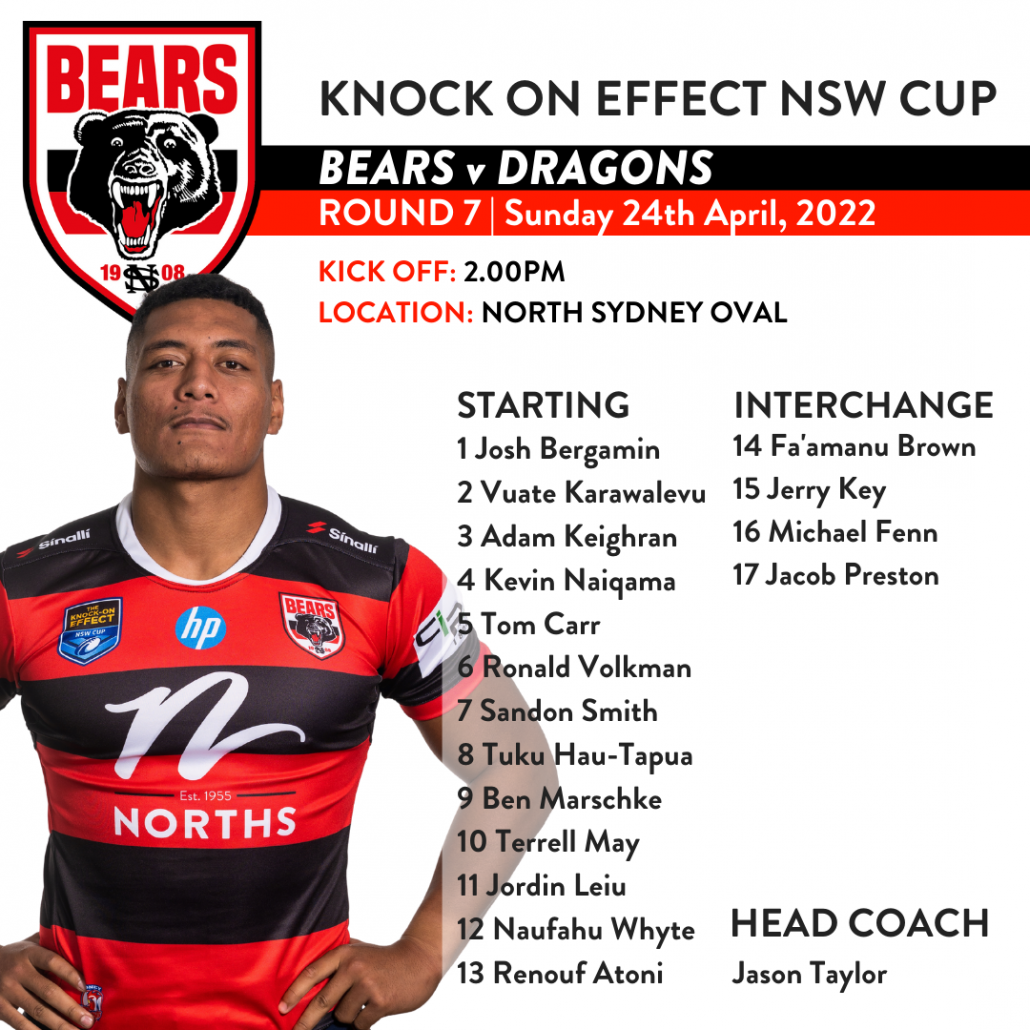