Despite the rain, North Sydney Oval looked majestic for Friday night footy and what a game we had on our hands as our NSW Cup boys went up against top of the ladder, Penrith Panthers. The boys in pink got an early lead and dominated the first half with our only points from Adam Keighran’s try which he failed to convert himself. With Daniel Suluka-Fifita sin binned in the 28th minute, the try line was opened up for the Panthers who took full advantage and ran the ball over. We were down 4 – 17 at the half time mark after a cheeky field goal from the Panthers on the hooter. However, it was the second half that showed what our Bears are really made of. Keeping the Panthers scoreless in the whole of the next forty minutes was no easy feat but strong defence and a combined team focus on maintaining our line achieved the result. Bears chased the win hard in that second half with a second try from Keighran and one from Kevin Naiqama but again both tries went unconverted due to the wide technical angle of the placements. Bears were building and pushing up hard, they controlled the play and looked strong but alas the clock run out before they could secure the last 6 points they needed and Panthers took the win 17 – 12.

Our Harvey Norman Women’s team played last night at the NSWRL Centre of Excellence going up against a strong Central Coast Roosters. The game was a battle of defence as both sides fought to hold out the other and the only try in the first half came from Bears player, Luisa Yaranamua, taking the teams to the sheds at 4 – 0 up to the Bears. The second half brought an intense game of footy with both sides fighting for the win. Roosters leveled the score and Bears answered swiftly with Jamilee Bright pushing over. Again the Roosters retaliated leveling the score and nailed the conversion to take the lead by 2 points and a premature cheer of success. Our Bears didn’t lose sight of the main aim and with minutes to go, quickly packed a scrum after a Roosters knock on, swung the ball out wide and Pier Pritchard took the Bears to the win with a try in the corner in the last seconds of the game. Kirra Dibb converted and the Bears won 14 – 10 and sung the team song for the 3rd time this season.

This Sunday is our last home game at North Sydney Oval for two months, and our last for our HNWP team for the 2022 season, so let’s make it a big one. We will be acknowledging our Women in League round by launching the inaugural Norths Collective & WomenCan Cup which will be played annually between two proud foundation clubs, the North Sydney Bears and South Sydney Rabbitohs in the Harvey Norman Women’s Premiership kicking off at 12pm. We will also be raising much needed funds for women’s cancer research. Find out more HERE

Our NSW Cup team is also taking on the Rabbitohs, kicking off at 2pm and we will be gunning to take the points and push back up the ladder.

We need your support, come out and cheer on your Red & Black, make some noise, show up and show the NRL that the  Bears have a strong support base that cannot be ignored. Let’s fill the hill and enjoy some great Bear Park Footy! 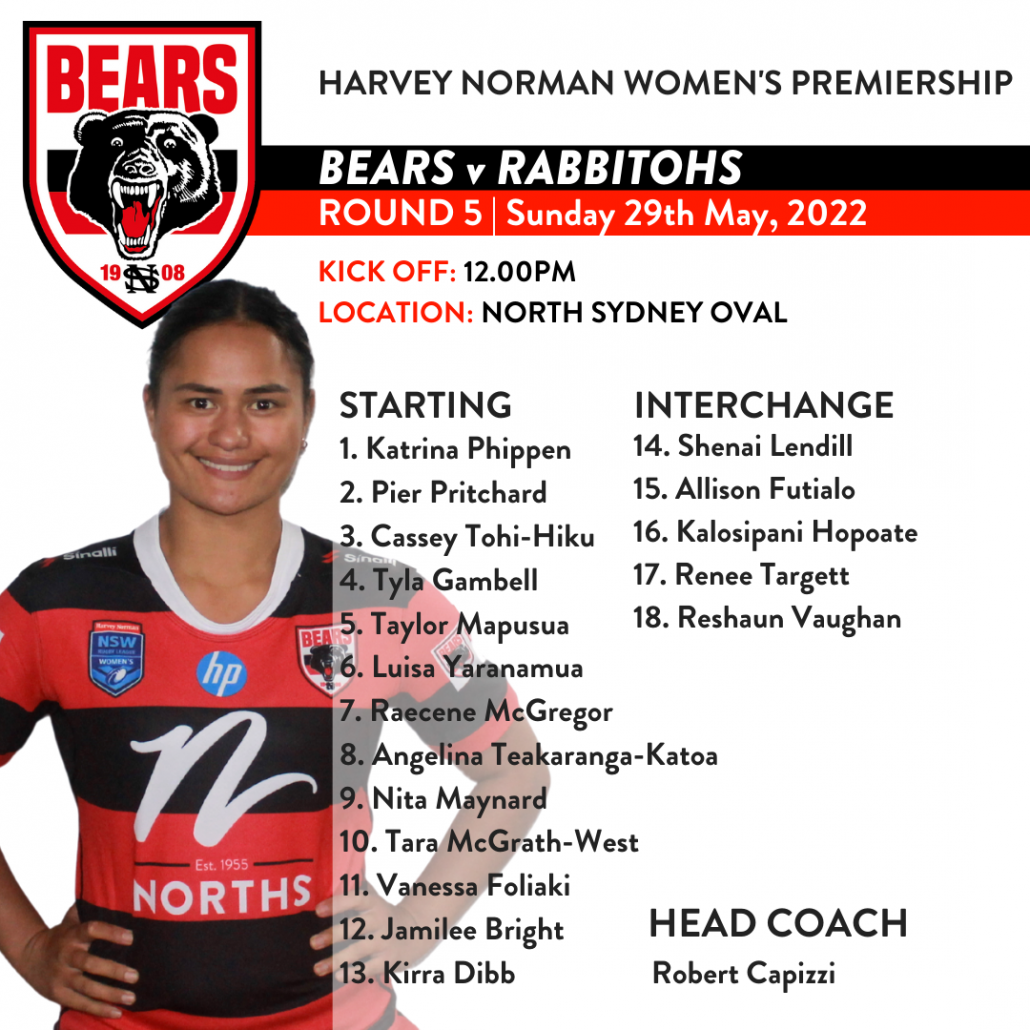 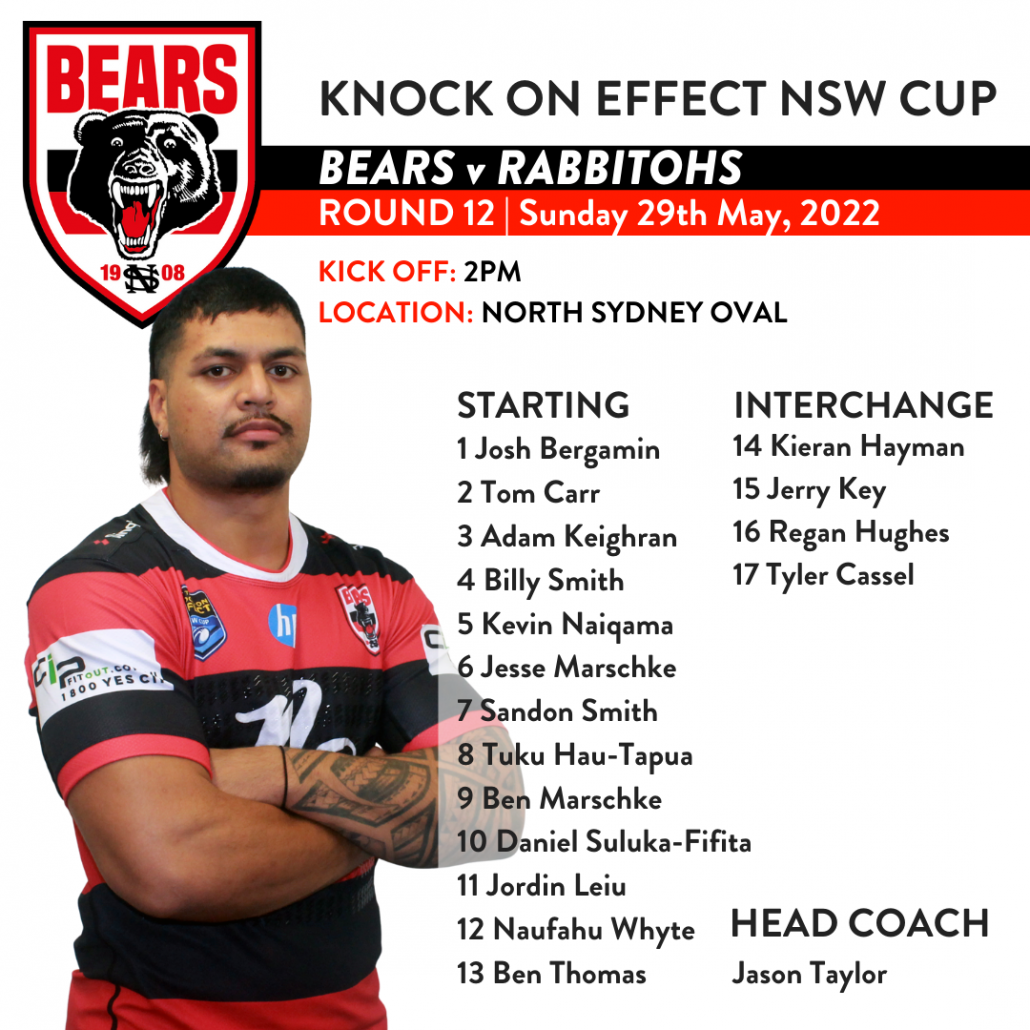